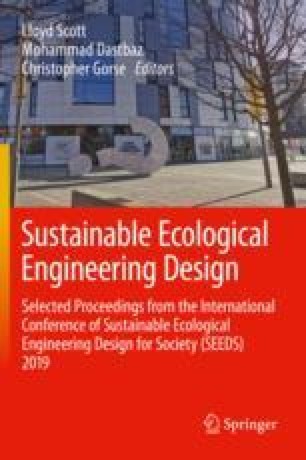 A Multidimensional Analysis of Smart Energy Systems: Towards Developing a Common Framework for Assessing the Sustainability of Small-Scale Renewables in Selected Societal Sectors

The UK power sector is migrating from an old centralised network of large, mainly fossil-fuel-based generating stations towards a more dynamic energy ecosystem with new entrants generating and actively managing their consumption. This is occurring at a time when electricity system participants are searching for solutions to tackle three criticalities known as the “energy trilemma”: de-carbonising, securing long-term supply resilience and affordability. The wider context is that energy is a fundamental part of UK society. The inability to access clean, reliable sources of affordable energy is a barrier to securing development which is sustainable. However, there is limited published research which takes a comprehensive approach to assessing whether the impact of changes to the UK power system are contributing to sustainable development. This research is therefore focused on an evaluation of sustainability through the investment decisions of stakeholders in respect of solar photovoltaics (solar PV) and other Distributed Energy Resources, in the UK context. This research considers the “sustainability impact” within three sectors: the public, private and third sectors. Relevant metrics and benchmarks will be considered against the UN Sustainable Development Goals (UNSDGs) whilst also exploring the “real” value to society.

In the last decade renewable generation technologies have experienced rapid uptake by new entrants onto the UK power network. This has primarily been driven by national decarbonisation policies and tariff-based instruments supporting small-scale generation. The market has continued to mature, and UK Government has now taken the step to remove state-sponsored support for new solar photovoltaic (solar PV) from April 2019, except for a small number of pre-registered schemes.

There are now over one million low and zero carbon power stations connected to the UK electricity grid, with solar PV accounting for 13 GW of installed capacity (BEIS, 2019). This compares to total UK generating capacity at around 106 GW (Statista, 2019) producing 339 TWh in 2017 (BEIS, 2018).

Moving towards a more diverse, decentralised model of power generation is seen by many as part of a smarter, technology-based solution. However, such Distributed Energy Resources on their own create problems which network operators and the sector more generally are trying to manage. The system must transform if it is to become sustainable (Fig. 1).
Some commentators (Table 1) consider that current UK Government policies are not addressing the energy trilemma: resilience, carbon reduction and affordability. “Each pillar of [this] trilemma is important—ignoring any one will result in failure across the system”, (Royal Academy of Engineering, 2015, p. 9).
Table 1

Example of comments on the energy trilemma

This is all at a time when established UK energy companies are losing market share to new entrants (Ofgem, 2018) and the sector experiences declining public trust (Competition and Markets Authority, 2014). However, the energy trilemma is only part of a broader set of issues and a failure to account for these could undermine the securing of a smarter UK energy system.

This research has yet to identify a model which takes a multi-stakeholder perspective, sustainability-led approach to managing change in the UK energy system. A new assessment model is, therefore, required to ensure that policy and investment decisions move towards sustainable energy provision whilst embracing the implications for all stakeholders. It is important to ensure that optimal decisions are made throughout the network to secure a sustainable future for the UK.

The commonly used definition of Sustainable Development adopted by the United Nations is “Development which meets the needs of the present without compromising the ability of future generations to meet their own needs” (UN World Commission on Environment and Development, 1987). The UN General Assembly subsequently adopted 17 Sustainable Development Goals (SDGs) for achievement by 2030 (UN, 2015), summarised in Fig. 2.

The UN has derived 169 targets from these goals against which each national signatory is required to report its progress towards their achievement. In its 2018 report, the UK Stakeholders for Sustainable Development identified 143 of the targets as being relevant to the UK. The UK Government, through the Office of National Statistics, reports national progress against the relevant targets (ONS, 2019).

Currently, there are a wide range of tools and methods to assess progress towards some or all the factors considered part of Sustainable Development (Table 2).
Table 2

Nilsson, Griggs, Visbeck, and Ringler (2016) demonstrated the value of developing an integrated approach to measuring progress towards achieving the SDGs. In so doing, a key challenge of managing policy and delivery at global, national and institutional level across a range of policy agendas with often diverging time-horizons was highlighted,

“The aspirations of the 2030 Agenda are far reaching, and many will only be achieved in the long term (possibly beyond 2030). And leveraging policies on positive interactions may have longer pay back times and require longer planning horizons than one-goal approaches … A barrier is that much of today’s governmental actions are coloured by short-termism.” (Nilsson, 2016, pp. 23–24)

By looking at how investment decisions are being made in organisations within three societal sectors (the public, private and third sectors) who are participating in a new and potentially disruptive ways, this research will consider the following questions:
The following pre-curser questions will also be considered:
A multidimensional view of a smarter electricity system is, therefore, needed. This research will consider economic, environmental, social and organisational values and their inter-relationships upstream and downstream to understand how they deliver against both institutional drivers and the UN SDGs. Quantitative and qualitative data from a variety of sources including scientific and grey literature will be considered. It is intended to utilise a range of research methods as a basis for further definition and refinement (Table 3).
Table 3

Preparatory research shows that defining the impact of change in the energy system using the conventional energy trilemma model does not provide confidence that a sustainable approach will be followed (Fig. 3). It is proposed, therefore, to develop a framework to assess and measure the performance of energy-related interventions against defined sustainable development criteria. It is anticipated that any ensuing model or tool will require spatial and time-variable functionality.

Initial research suggests that although the SDGs provide a comprehensive platform, there is very little available published material to show how the SDGs and the relevant targets can be linked to institutional activity in the UK, more specifically to the changing nature of the power system and investment decisions made by new entrants investing in renewable generation.

Building on the work of Nilsson et al. (2016), the International Council for Science (ICSU, 2017) explored the interlinkages between and within some of the SDGs to evaluate an initial set of four SDGs. When applied to the aspects model in Fig. 3, this causal and functional relationship framework helps to show how positive or negative feedbacks could be measured, for example, between ownership (Economic aspect), energy affordability and stakeholder behaviours (Social aspects) in the context of small-scale renewable energy generation. However, although the methodology for scoring put forward by Nilsson et al. may be appropriate for this research, it will be necessary to translate the intent of the SDGs to see if they apply to the UK institutional sectors that will be evaluated.

The mind map shown in Fig. 3 indicates that there are significant factors that require consideration as we transition towards a smarter energy system. Initial research suggests that the focus on the energy trilemma fails to consider the impact of deploying Distributed Energy Resources upstream or downstream of the UK energy system.

Currently, the energy industry takes a predominantly investment and shareholder return-led approach based on technical solutions operating within a complex regulatory environment. Government policy and the way that the principal power sector participants behave, for example, have been shown to contribute to higher than expected customer costs and slower technology deployment to deal with the energy trilemma (Helm, 2017, pp. xi–xiii).

Scientific research has tended to take a single aspect or dimensional approach whether within the disciplines of engineering, economics or behavioural science. Examples include Wolsink (2012), Blazqueza, Bracamontesa, Bollinob, and Nezamuddina (2018), and Shove and Walker (2014). Espinoza, Samaniego, Jara-Alvear, and Ochoa (2017) considered the interface between the technology and the citizen to explore the possibility of a “power ecosystem”.

This suggests that in order to understand the impact on society and key stakeholders of a smarter energy system, we must first model the various scenarios and be able to measure the system’s total value taking account of all aspects, weighted according to their relative importance to each stakeholder. From this, we can then derive an understanding of the relative values in time and space from each stakeholder perspective. This means that we need to understand how to compare aspects which may exhibit quite different quantitative and qualitative characteristics at different spatial and temporal scales.

The initial literature research undertaken to date has highlighted that it is necessary to broaden the viewpoint of stakeholders in a rapidly expanding and complex part of the UK’s key infrastructure. For example, it is important to have a comprehensive dialogue with all those involved from system design through to investors, operators and consumers. Currently, there are few shared commonalities of understanding.

So far, this research has established that the energy trilemma provides a narrow basis on which to assess the value of deploying renewable energy technologies like solar PV. The current power system demonstrates significant policy, regulatory and financial inertial forces. These inertial forces hamper progress to the ideal system state shown in Fig. 1.

There are a wide range of tools and methods available to model the impact of change (Table 2) which are applicable to specific aspects of the energy system. Although there is common agreement amongst the key participants who perform the energy policy, regulatory and operational functions in the UK that change is needed to address the energy trilemma, there is a lack of an effective mechanism, including an agreed and shared model, to assess the impact of change in the power sector at different scales and across time. Exploring a Geographical Information System (GIS) based approach, among others, could have significant merit given the need to manage and model spatial information.

The model presented at Fig. 3 indicates that there are at least forty factors that could play a part when an organisation is planning to make an investment decision affecting their interaction with the energy system, whether that is installing solar PV on a single building or making decisions that affect national infrastructure. At this time, no framework has been identified which looks at the relative importance of these aspects from different stakeholder perspectives to derive an optimal investment position.

Furthermore, there is a gap between how nations, using the UN Sustainable Development Goals as the basis and individual organisations using a range of environmental, social and economic metrics, set and track progress to achieving sustainability.

The proposed research will, therefore, aim to verify these initial conclusions and, if shown to be valid, will try to put forward a model to address the gap that this initial analysis suggests.