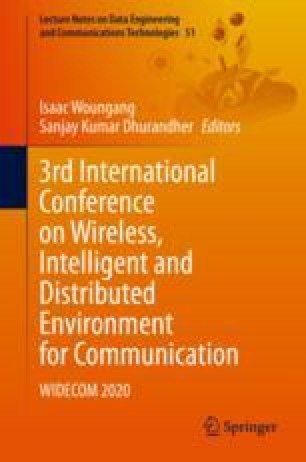 International Conference on Wireless Intelligent and Distributed Environment for Communication

RC4 is the simplest and most widely adopted stream cipher which finds its application in Wired Equivalent Privacy Protocol (WEP) and Wi-Fi-protected access (WPA). Being the simplest available cipher, RC4 is vulnerable to a number of security threats and attacks. In this paper, we have focused on one such vulnerability of RC4, which makes the cipher prone to Fluhrer, Mantin, and Shamir (FMS) attack and proves the insecurity of RC4 algorithm. To overcome FMS attack, a new variant of RC4 named RC4FMS has been proposed and compared with the existing RC4 variants. Performance analysis has been done in terms of processing intricacy (PI), processor cycles, run time, throughput, energy consumed, and security. Modification in RC4 has been made aiming to remove the trade-off between security and performance. It is observed that the proposed algorithm does not increase the computational complexity as increased with existing RC4+ and other variants, but provides better security. Encryption time of the proposed scheme RC4FMS is 0.16 s (PRGA) which is comparable to the conventional RC4 and less than the other existing RC4 variants. The proposed modified algorithm removes the initial byte bias and makes the algorithm resistant to the FMS attack.