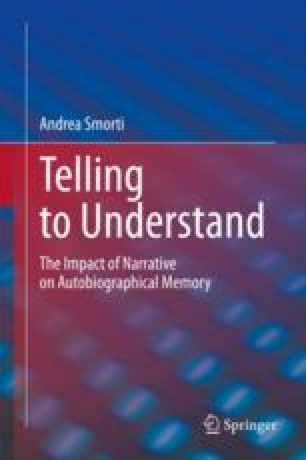 Narratives are not only born from the desire to communicate our experiences to others but also to help us to understand what is happening, and are particularly stimulated by curiosity regarding other people precisely because their behavior often appears abnormal and inconsistent. Narratives are a fundamental cognitive tool that people, as well as scientific and artistic disciplines, use to give meaning to reality. They tend to reconstruct the past in a coherent way, and precisely for this reason they are often criticized for constituting a partial version of the facts. This volume deals with the theme of narrative understanding. It occurs both in interpersonal communication, when a person receives or transmits a message, and in other situations, such as the act of remembering, formulating hypotheses about reality, inventing stories, and reading or writing texts. I will also argue that narrative understanding is particularly effective in tackling the problem of what is unexpected and thus different from a norm, and ultimately that it has the tools to organize the variability of social reality.

Cite this chapter as:
Smorti A. (2020) Introduction: Why Narratives?. In: Telling to Understand. Springer, Cham