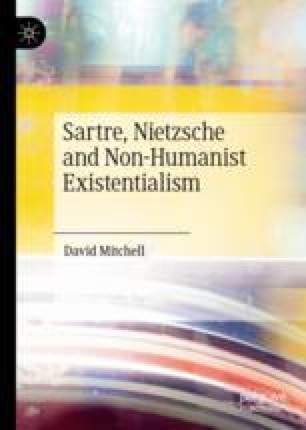 What was said regarding non-humanist existentialism in Chap.  4 cannot represent an end to the present enquiry. This is because our ontological status as a perverse relation to world must be manifest in consciousness. As such, this chapter begins by investigating angst; that state in which we become conscious of ourselves as perverse relation. I explore how it achieves this by allowing a confrontation with our ‘counter-possibles’. For in angst we apprehend alternate possibilities as just as real, and ‘live’, as the possibilities we habitually pursue. And this leads to awareness that we do not merely have possibilities but are constituted by possibility. Consequently, with angst we become aware that it is my being as possibility which brings meaning to the radical contingency of world, and of my existence as the perverting relation bringing that meaningfulness into being. Next though I ask why genuine angst is so rarely experienced. So, I explore the methods by which we evade anguished awareness of our being. On the one hand, it is shown how a primary ‘absorption in the world’ prevents recognition of alternate possibilities as real and mine, a recognition necessary for angst. Second, I consider how angst evasion occurs even in exceptional situations where world absorption is disrupted. It is seen how viewing possibilities as objectively given for an anonymous ‘other’ allows us to evade angst even when awareness of our possibilities is unavoidable. In this way, I look to make my account of non-humanist existentialism, and perversity, more intelligible and concrete.