Quantum Measurement of Gravity for Geodesists and Geophysicists 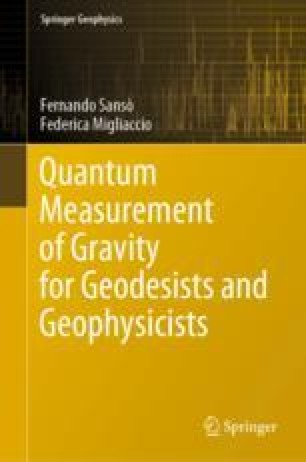 The Crisis of Classical Physics and the Dawn of Quantum Physics

Classical mechanics and the theory of the e.m. field seemed to explain all physical phenomena, however too many experimental data could not be explained by such a theory. The “strange” behaviour of high-frequency e.m. radiation, that seemed to behave like a flow of particles, yet displaying a behaviour typical of waves with interferometric fringes, pushed the development of quantum physics, due to scientists like Schrödinger, Heisenberg, Dirac and many others. In this chapter, examples will be shown of physical experiments where the classical theory fails to predict the correct results: they have been used as cornerstones, establishing the principles on which quantum physics has been constructed, as we will see in Chap. 4.

Cite this chapter as:
Sansò F., Migliaccio F. (2020) The Crisis of Classical Physics and the Dawn of Quantum Physics. In: Quantum Measurement of Gravity for Geodesists and Geophysicists. Springer Geophysics. Springer, Cham