The Politics of Horror 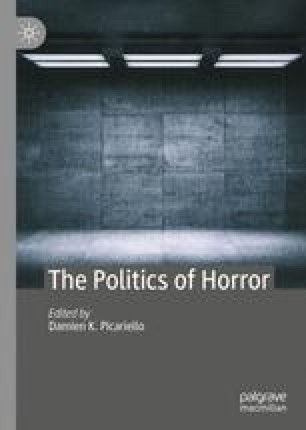 Let the Bodies (of Water) Hit the Floor: Development and Exploitation in John Boorman’s Deliverance

The horror genre is one with a terrifying number of smaller sub-genres. The “eco-horror” sub-genre is one where human beings pollute, tamper with, violate, or otherwise abuse the natural environment. In retaliation to this human interference, nature strikes back and wreaks a terrible vengeance. One film that straddles and transcends this sub-genre is John Boorman’s Deliverance. In this film an unspoiled body of water threatened with development is the location—and even the motivation—of a series of brutal events. This chapter explores how Deliverance takes a far more nuanced approach to the somewhat simplistic “humans harm nature, nature gets revenge” narrative generally seen in the eco-horror sub-genre. We place the film in the context of societal fears in the early 1970s—when it was released—describing its relevance to the present-day cultural milieu. We conclude that, in a break from the eco-horror mold, in Deliverance, it is ultimately humans and human nature, for good or for ill, which drives the violence.