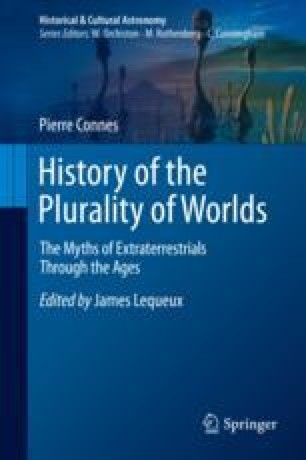 Me thinkes my diligent Galileo hath done more in his three-fold discoverie then Magellane in openinge the streightes to the South Sea, or the dutch men that were eaten by beares in Nova Zembla. I am sure with more ease and saftie to him selfe, and more pleasure to mee.

Throughout his life Galileo desperately searched for positive proofs of Earth rotation, and never found a correct one. A manifestation of Nature’s irony in her dealings with poor scientists is that he had two conclusive demonstrations almost under his eyes and perceived neither of them.

The first might have come from the pendulum he was so familiar with. The Foucault pendulum, now displayed in all science museums, is a simple device that could conceivably have been invented through pure luck during antiquity. For a stand, the Roman Pantheon would have been just as adequate as the Parisian one in 1851, when the French government decided to give the experiment maximum publicity. Still, the observed rotation of the pendulum plane is small under most usual conditions and would have been noticed only by an able experimenter, particularly one looking for the effect. Perhaps, Archimedes (who did know about the Aristarchus system) would have been equal to the task? Such speculations seem rather empty; but in the case of Galileo, they are clearly not.

Galileo (1) was looking for proofs of Earth rotation, (2) considered the motion of projectiles on the surface of the Earth in connection with this problem, (3) used the pendulum in thought-experiments, (4) observed its motion with great care as his discovery of isochronism shows (for pendulum or related experiments of Galileo, see Drake 1955, 66–72), (5) was interested in keeping a pendulum operating for a very long time: he tried to develop a pendulum-driven clock. That famous lamp swinging in the cathedral of Pisa would not have been quite suitable as it hung, because of excessive damping; but a minor modification, merely replacing the candelabra by a small lead weight, would have made it so. From his profound thoughts sent to Benedetto Castelli, we know that the Archbishop of Pisa would have been nonplussed, but merely greasing the beadle’s palm might have done the trick. More sensibly, the experiment could have been tried under less grand circumstances; altogether, Galileo passed unaware very close to a crucial demonstration. Complete analysis of the phenomenon is not simple, except at the geographical Pole, and requires advanced mechanics; but the result itself is plain, as the oscillation-plane revolution period simply varies as the inverse sine of latitude. Anyway, at a given location, the mere fact that some rotation had been consistently observed in the proper direction would have been striking. We can play with the possible historical consequences, had the phenomenon been discovered by himself. What kind of twisted explanations would have been fabricated by Peripatetics? Would Cardinal Bellarmine have been induced to take the pendulum as that “real proof” he had been asking for? Would Galileo (and the Church) have been spared that disastrous trial?

In actual history, the effect was unquestionably observed soon after Galileo’s demise by his disciple Vicenzio Viviani: “We observed that all pendulums suspended by a single wire deviate from the first vertical and always in the same direction.”8 While most of the Accademia del Cimento papers were published in 1667, this startling line was to be discovered only in a manuscript two centuries later, after Foucault had made his own experiment. It seems likely that Viviani must have guessed the true explanation, but never uttered a word about it, mere mention of Earth rotation being then taboo in Italy. Still, he was on perfectly safe ground when recommending that a two-wire suspension be used to eliminate such troublesome pendulum behavior. Indeed, a single-wire pendulum proves a poor tool for anyone interested in precise isochronism, or for most experiments of mechanics, since trivial perturbing forces soon transform the plane oscillation into an elliptical one anyway. Viviani’s advice was either followed or rediscovered, the need being fairly obvious, and a pair of wires (or equivalent devices with knife-edges or flat springs), which constrain the oscillation to a stable plane, became universally used. Thus, at the precise time when the pendulum graduated to a routine laboratory tool, the rotating-Earth effect became masked through the use of proper experimental care! Even so, in 1666 Robert Hooke demonstrated before his Royal Society colleagues a single-wire pendulum operating either as plane or conical. But the goal was to show that the heavy bob followed circular or elliptical orbits, just like planets do, and the rotation of the Earth was no longer an immediate issue. (Kuhn 1959, 250–1).

As to Foucault, who knew nothing about Viviani, his own thinking started from an 1837 paper by Poisson in which the author had computed the easterly deviation of projectiles due to Earth rotation, and “…it appeared to me that the mass of a pendulum can be likened to that of a projectile which deviates to the right when it goes away from the observer, and necessarily in the opposite sense when returning to its starting point.” (Foucault 1878, 382). Hence, even if Foucault himself was a pure experimenter, he had not taken his cue from some chance observation, but from a study of theoretical mechanics by a mathematician; still, he is fully responsible for having correctly guessed the key point: “The Pendulum has the advantage of accumulating effects, and of passing them from the realm of theory to that of observation.”9 Next he made the first test in his own basement, and got a positive result; but the full pendulum theory was only to be given much later in 1879 in the PhD thesis of Heike Kammelingh Onnes, the future discoverer of supraconductivity. The experiment was soon repeated at the Paris Observatory, then under the Parisian Pantheon dome, and all over the world; for instance, in the Reims and Amiens cathedrals, next in the Roman church of Saint Ignatius, Founder of the Jesuit Order (Tobin 2003, 145–149). Times had changed indeed.

The second experiment that Galileo missed is simply the free-fall of a body on the rotating Earth. Conceptually it is simpler than the pendulum one, but harder to perform and the result is less striking: a tiny deviation to the East of the impact point, compared to that expected from a check with a plumb line. In actual history, the effect was predicted by Newton and studied with increasing care first by Hooke, then by various workers, the last and most accurate tests being those of Hall, using the Harvard tower, in 1903.10 At Harvard, with a height of 23 m, Hall computed a deviation 0.179 cm, and measured 0.149 cm on the average from about a thousand trials, with a probable error of 0.015 cm, i.e. ten times smaller. The sole novel point to be made here is that Galileo might easily have made an order-of-magnitude prediction, and presented the test at least as a thought experiment, and possibly as an actual one. Would he have attempted the actual experiment? Adequate technology had certainly been available in Renaissance Florence: Hall dropped his balls by burning threads, and caught them in a mixture of tallow and beeswax.