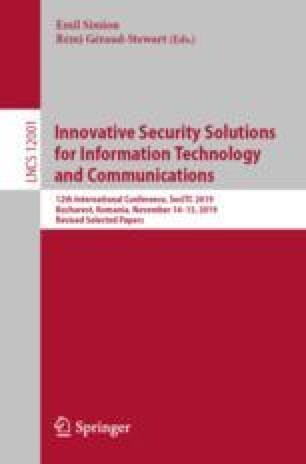 We propose a scheme to prevent the machine learning (ML) attacks against physically unclonable functions (PUFs). A silicon PUF is a security primitive in a semiconductor chip that generates a unique identifier by exploiting device variations. However, some PUF implementations are vulnerable to ML attacks, in which an attacker tries to obtain the mathematical clone of the target PUF to predict its responses. Our scheme adds intentional noise to the responses to disturb ML by an attacker so that the clone fails to be authenticated, while the original PUF can still be correctly authenticated using an error correction code (ECC). The effectiveness of this scheme is not very obvious because the attacker can also use the ECC. We apply the countermeasure to n-XOR arbiter PUFs to investigate the feasibility of the proposed scheme. We explain the relationship between the prediction accuracy of the clone and the number of intentional noise bits. Our scheme can successfully distinguish a clone from the legitimate PUF in the case of 5-XOR PUF.

This paper is based on the results obtained from the project commissioned by the New Energy and Industrial Technology Development Organization (NEDO).

A.1 Arbiter PUF and Its Derivations

An arbiter PUF (APUF) is a typical PUF that exploits the delay variation of the signal paths. Figure 6 shows the structure of the APUF and its derivation, a 4-XOR arbiter PUF.

An APUF consists of a pair of selector lines, and each line has x selectors and an arbiter. The arbiter determines the response according to which the signal reaches the arbiter first; e.g., the response is 1 if the upper signal is faster and 0 otherwise. An APUF receives x-bit challenge that determines the path of the selector lines. In Fig. 6, the signals in the i-th selectors go straight if the i-th challenge bit is 0 and go across if the challenge bit is 1. The delay of the two selectors is greatly affected by device variations and thus the CRPs of APUFs are different from each other.

An n-XOR arbiter PUF [21] (hereinafter, n-XOR PUF) consists of n APUFs, and the outputs from each APUF are XORed to obtain a 1-bit response. The resistance of n-XOR PUFs against ML attacks is improved exponentially in n.

A double arbiter PUF (DAPUF) is composed of several APUF circuits and XOR gates. In 2-XOR PUF, the responses of the two APUFs, say APUF1 and APUF2, are XORed to generate a 1-bit response. In DAPUF, the upper and lower selector lines in APUF1 and APUF2 are XORed. This structure is useful for improving the uniqueness of the DAPUF implemented on an FPGA [13].

, which is expressed as
Open image in new window

(6)
where Open image in new window

, is defined as
Open image in new window

(8)
Consequently, response r of an APUF is given by
Open image in new window

To summarize, an ML attack aims to reproduce the delay parameter Open image in new window

from the collected challenges Open image in new window

and responses. Once the delay parameter is obtained, an attacker can easily predict the response to a new challenge by calculating \(\mathrm {sgn}(\varDelta )\). In that sense, the obtained Open image in new window

is the very mathematical clone of the PUF.

Since a PUF exploits subtle variation of devices, the responses are error-prone due to the environmental noise. Therefore, in a PUF-based authentication with key sharing, an error correction scheme called the fuzzy extractor is often implemented.

A PUF-based key sharing flow is usually separated into two phases: enrollment and verification phase. The enrollment phase is supposed to be performed in a trusted area by a verifier, e.g., a PUF manufacturer, vendor, and a service provider. The verifier collects CRPs of the PUF and register the CRPs to a database. The verification phase is performed after the shipment of the PUF product. The verifier checks if the target PUF is authentic by collating the returned PUF response with the database.

The key sharing flow in the conventional fuzzy extractor is shown in Fig. 7. In the enrollment phase, the verifier gives challenge c to a legitimate PUF and collects the corresponding response r. The verifier calculates the helper data h for error correction. The verifier registers the c and h to the database. Then, in the verification phase, the verifier pulls the set of c, r, and h from the database, and sends c and h to a prover (e.g., a PUF token). The prover gives c to the PUF and obtains response \(r'\), which may include an error. The prover reproduces r from \(r'\) with the help of h. Finally, the verifier and prover can generate the same key K from r.

Figure 9 shows the results of DL of the 3-XOR PUF using 100,000 training data. The prediction accuracies are increased to 97%, which is almost the same as the 2-XOR and 4-XOR PUF clones. The results indicate that the size of training data was not sufficient in Fig. 5, while the hyperparameters were suitable.