An Introductory Path to Quantum Theory 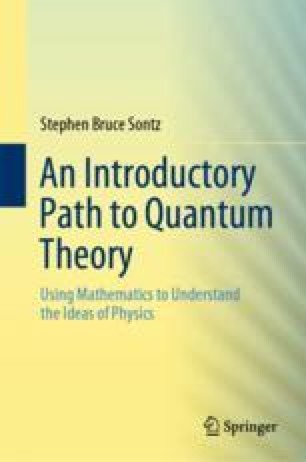 An Introductory Path to Quantum Theory pp 95-119 | Cite as

One of the most important considerations of physics, dating to ancient Greek times, was whether the matter of everyday experience is infinitely divisible into ever smaller parts with the same properties or, on the other hand, at some point one would arrive at a piece of matter that is no longer divisible, such an indivisible entity being named an atom. The well-established answer is more complicated than this formulation would indicate, but let’s note that as matter gets divided into ever smaller pieces one arrives at small structures that correspond to each of the chemical elements in the Periodic Table. These are called atoms, even though they are further divisible but not into other atoms. And all the objects of our immediate world are combinations of these atoms. It took over two millennia to settle this question. But now that we know that atoms (at least in the modern sense of that word) do exist, the remaining question is how do they exist! The answer to that question comes from quantum theory. We start with the simplest atom, the first one in the Periodic Table.

Cite this chapter as:
Sontz S.B. (2020) The Hydrogen Atom. In: An Introductory Path to Quantum Theory. Springer, Cham