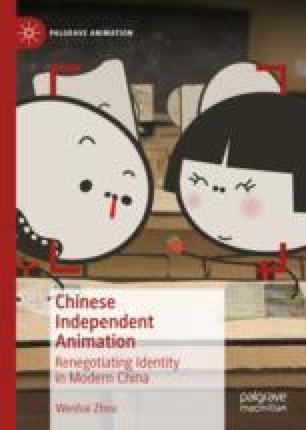 The trajectory of independent animation has shifted dramatically in recent years, and many independent animators embrace these changes with diversified aesthetic styles and highly personal commentaries on post-socialist China. The expansion of social media platforms to promote and stimulate self-expression in animation art also inspired Lei Lei to discover an alternative path that enables his work to travel beyond China. Unlike Pi San who has been predominantly active within mainland China, Lei Lei, as a one-man super-hybrid artist, utilises animation as a freestyle expression in response to recent transformations in China and capitalises on opportunities for exposure via different animation festivals internationally. The aesthetic behind his work is often nostalgic and resonant with the 1980s generation in China—it is clearly a personal manifesto that questions the entangled relation between collective ideology and a more individualised outlook. From his early Face (2007) to the more recent exhibition of his work, Lei Lei has displayed a gradual shift from being politically edgy to being more widely acknowledged in contemporary art. He is a ‘smart’ independent artist who not only knows the ‘boundaries’ but also uses playfulness to explore other possibilities. His most recent interdisciplinary projects are collaborations with other artists that explore more neutral ideas, such as memory and identity.