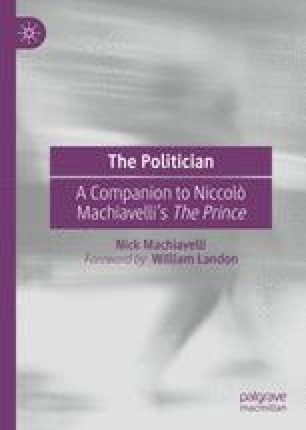 How the politician should deal with her political peers

Representative democracies operate on the principle of majority rule (and sometimes even super-majority rule). Hence, how a politician deals with her immediate colleagues—the members of her own party, but those belonging to other parties as well—is of paramount importance. To secure their votes when she needs them, she must demonstrate a willingness to play ball when they want her vote on some matter. Quid pro quos are thus the daily diet of most politicians. Several tips on how to manage the give-and-take of politics are offered.

In politics you must always keep running with

the pack. The moment that you falter and they sense

you are injured, the rest will turn on you like wolves.

Denis Walters, Not Always with the Pack (1989), The Oxford Dictionary of Political Quotations, Anthony Jay, ed. (Oxford: 1997), p. 70. Butler was well-placed to make such a comment, having sat in Parliament for thirty-six years and serving in three of the four so-called great offices of state (Chancellor of the Exchequer, Foreign Secretary, and Home Secretary—but never Prime Minister). But what else might one expect from a bunch of strange bedfellows? As indicated above in the Prolegomena, every politician is, in the end, a soloist.

Cite this chapter as:
Machiavelli N. (2020) How the politician should deal with her political peers. In: The Politician. Palgrave Macmillan, Cham