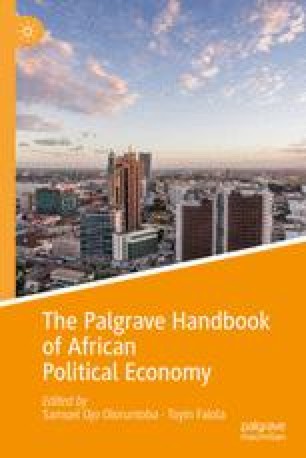 This chapter makes a claim for the importance of individuals in promoting the implementation of economic ideas through institutions. While the focus is on the ideas that were promoted, I argue that the intellect, character, experiences, and personality of individuals often shape institutions, which can consequently be used to disseminate these ideas to the practical realm of policy. I focus on the impact of the ideas of Nigeria’s Adebayo Adedeji on the United Nations (UN) Economic Commission for Africa (ECA) between 1975 and 1991. Adedeji died in Lagos on 25 April 2018, with his funeral in Ijebu-Ode being attended by two former Nigerian heads of state—Generals Yakubu Gowon and Olusegun Obasanjo; the president of Namibia, Hage Geingob; and the former president of Liberia, Amos Sawyer.

We assess the role, vision, and impact of Adebayo Adedeji, who is regarded as the contemporary intellectual father of regional integration in Africa (even if his ideas did not always translate into practice), as well as an important institution-builder. The chapter seeks to place Adedeji in historical context, highlighting the role that individuals with vision and forceful personalities can play in driving institutions to adopt ideas but also demonstrating the institutional, regional, and external constraints on the implementation of these ideas, which rely as well on the decisions and vested interests of powerful national governments and other important actors. The chapter further assesses the personal, intellectual, and professional background and influences that shaped Adedeji into a crusading prophet of regional integration and economic development.

This chapter builds on Adekeye Adebajo, ‘The Pan-African Cassandra: Adebayo Adedeji’, in Adekeye Adebajo, The Eagle and the Springbok: Essays on Nigeria and South Africa (Johannesburg: Jacana, 2017), pp. 191–204.