Educational Authorities and the Schools 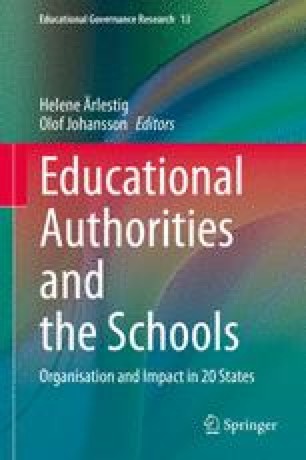 Educational Authorities and the Schools pp 371-388 | Cite as

South Africa: Education Authorities and Public Schools: The Organisation and Impact of Policies in South Africa

During the Apartheid era in South Africa, education was organized along racial lines. The apartheid policy of separate development partitioned the country into racial lines where each population group and homelands designed specifically for blacks, had their own departments of education, 18 such departments that centrally governed public schools. All decisions regarding school education were taken by the respective departments of education and schools had no authority to take decisions. During this era, schools catering for the white population group received substantial funding whereas schools catering for the other population groups received a small portion of the education budget. Since the dismantling of the Apartheid Regime in 1994, the democratic government devolved education to local communities. The education challenge in South Africa is demonstrated by the fact that education is seen as a priority at all levels of government. Thus numerous apartheid policies had to be scrapped and new legislation introduced. The devolution of authority would hopefully lead to a healthier and stronger relationship between schools and communities and provide an alternative form of accountability to bureaucratic surveillance. This chapter will focus on how South African education authorities have introduced far-reaching policies to improve the standards of school education.