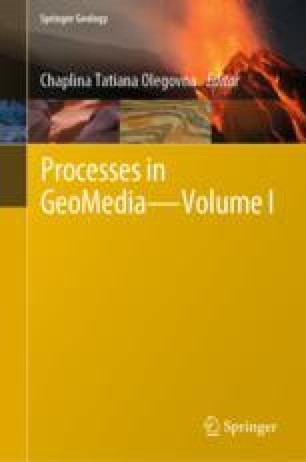 Structural Features of the Dip Process of Thermics with Negative Buoyancy

The paper presents the results of a study of the process of immersion in fresh water of a finite volume of salt water (or thermics with negative buoyancy) using laboratory and numerical experiments. In a series of laboratory experiments were recorded already known structural features of the process: mushroom shape and transformation into a vortex ring. The calculated flows were obtained using a nonlinear 2d model of the dynamics of stratified in density fluid. The analysis of model fields: vorticity, current function, density and tracer of neutral buoyancy introduced to identify the water mass of thermic, allowed to identify the main physical factors responsible for the formation of the observed mushroom form. As it turned out, the key structure-forming factor of the evolution of thermic during its immersion is the baroclinic vortex generation. A parallel is drawn between the processes of immersion of thermic and the collapse of density inhomogeneity in a stable stratified fluid.

Model calculations were carried out in the framework of the state assignment number 0149-2019-0013, laboratory experiments—with the support of the RFFI grant No. 19-05-00717.