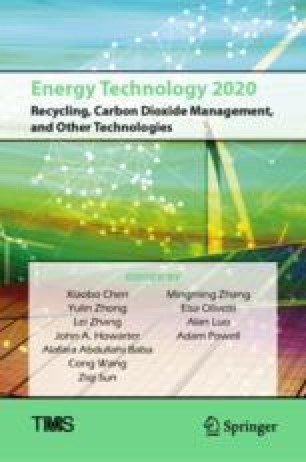 Pyrite cinder is a typical hazardous waste produced from sulfuric acid industry, which always contains a significant level of valuable metals. About 12 million tons of pyrite cinder are generated in China annually, and the utilization rate is less than 50% due to the complex relationship of various components. In this study, a process of acid leaching was used to separate and recover copper from the pyrite cinder (containing 0.60 wt.% Cu and 56.01 wt.% Fe). Both sulfuric acid and phosphoric acid systems were taken into consideration, and the effect of leaching parameters on the recovery of copper was conducted to investigate the effect of selective leaching in the two acidic systems. The results indicated that the recovery of copper in sulfuric or phosphoric acid system was as high as 89.6 wt.% and 82.3 wt.%, respectively. It was found that part of copper in pyrite cinder closely combined with silicon, which was impossible to separate during the acid leaching process.

The authors would express their sincere thanks to the National Natural Science Foundation of China (No. 51574283 and No. U1960114), Research Innovation Foundation for Postgraduate of Central South University (No. 2018zzts077).