From Analysis to Visualization 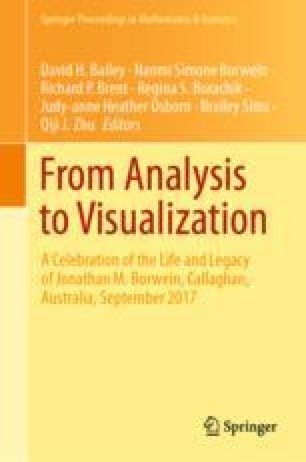 How Mathematicians Learned to Stop Worrying and Love the Computer

Though mathematicians invented the modern computer as a theoretical entity, and a few of them helped build the first modern digital computers, mathematicians as a whole lagged far behind scientists, engineers, and other professionals in actually using them (In this article, unless noted to the contrary, I use the term “mathematician” to refer to pure mathematicians, who focus on formulating and proving statements about abstract mathematical structures.). Recognizing that the field was in danger of falling too far behind, in May 1988, the American Mathematical Society launched a new section in its newsletter Notices, sent out to all members ten times a year, titled “Computers and Mathematics”. Its aim was to promote the use of computers by mathematicians and provide them with information about the many new mathematical software systems being developed. The section was initially edited by the Stanford mathematician Jon Barwise, who ran it until February 1991, after which the AMS asked me to take it over. I held the reins from the March 1991 issue until the AMS and I decided to end the special section in December 1994. That six-and-a-half-year run achieved the intended goal. By the time the special section wound up, the computer had become a staple tool for mathematicians, both in teaching and research.

How I learned to stop worrying and love the bomb,

subtitle to the 1964 movie Dr. Strangelove