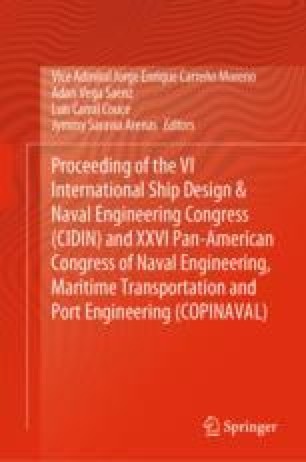 Considering that the naval industry is increasing in complexity and competitiveness and according to the new technological challenges that are projected in the Shipyards, it is necessary to innovate in the production processes, in order to bolster the company and make it more competitive with respect to their peers .

It is believed that the different existing methods of Knowledge Management, from now on K.M., transforming this from tacit to explicit, will enable the Shipyard to innovate and therefore, save on costs of the different processes of the shipbuilding industry.

Regarding the previous point, the creation of a new K.M. model is proposed, from known and previously chosen models. There are historical precedents about different procedures previously carried out. It is recognized in other shipyards where they agree that the greatest difficulty in construction stages is the lack of explicit knowledge and implementation within an established organizational culture, as well as the satisfaction of the staff consulted.

Thus a diagnosis of 18 models of K.M. is made, evaluating one by one, analyzing the possibility of implementing and intervening one of these in the processes of the production department of a Shipyard.

For this investigation, a brief survey was conducted at all levels, with the objective of determining which are the most critical and most interesting points of each productive process and analyzing the procedures that existed previously as well as finding the weaknesses of it and implementing a new work methodology based on a model of K.M. and take it to the reality of the Shipyard. This data collection was made to a universe of 110 people, including operators, supervisors and engineers of the workshops dependent on the production department of the Shipyard.

The results show evidence of dissatisfaction in one of the existing procedures, which is why, along with the development of this survey, the study and investigation of the methods of K.M. continue, and three methods were selected, that were close to the requirements established to solve this problem. Finally, the model proposed by Nonaka and Takeuchi was chosen; they propose that tacit knowledge be transformed into explicit knowledge.

From this new knowledge, documentation must necessarily be developed, so that it remains as evidence for the organization, complying with the integrated management system based on one of the standards in force at the Shipyard, ISO 9001.

The correct use of information and the transformation of the K.M., is key in the evolution of the projects; This knowledge and evaluation criteria were applied to the construction strategy of the shipyard under study, developing a document capable of contributing to the next projects to improve planning levels, obtaining as a result through its use, More detailed, efficient and effective production levels.

The methodology applied for the development of this document was to categorize the different stages of the construction of any naval artifact, knowing all the limitations of the Shipyard. Once identified, they are separated into three main parts, which allows the development of a report oriented towards productive processes, taking into account the sequence of assembly, installation and integration of each block or zone in the different stages of the Project.

The main author of this paper thanks the workers of “Astilleros y Maestranzas de la Armada ASMAR” who have contributed with the research on the application of Knowledge Management in the production processes of a shipyard, and who have inspired the Knowledge Management Model “L.O.R.E”. Likewise, the author thanks the co-author Marlis Angulo, whose contribution and passion made this work possible.