The Ecology of Invasions by Animals and Plants 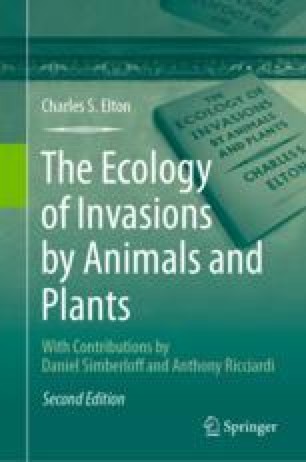 Chapter Six The Balance Between Populations

In the first part of this book I have described some of the successful invaders establishing themselves in a new land or sea, as a war correspondent might write a series of dispatches recounting the quiet infiltration of commando forces, the surprise attacks, the successive waves of later reinforcements after the first spearhead fails to get a foothold, attack and counter attack, and the eventual expansion and occupation of territory from which they are unlikely to be ousted again.

Cite this chapter as:
Elton C.S. (2020) Chapter Six The Balance Between Populations. In: The Ecology of Invasions by Animals and Plants. Springer, Cham