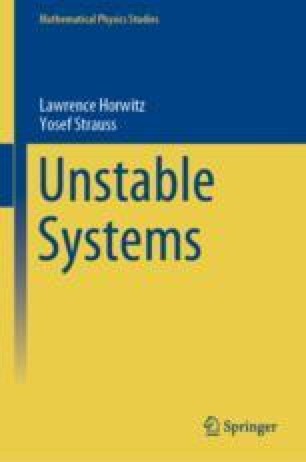 After some years of observed radioactivity, Gamow (Gamow (1928)) wrote down a formula in quantum mechanics that was supposed to govern the decay of the nucleus of an atom into a lighter nucleus with the emission of an alpha particle (helium atoms without their electron cloud, i.e. ionized helium). This formula, a Schrödinger equation for a stable particle of energy E, was written with a complex energy (with negative imaginary part), implying that the quantum wave function would go to zero exponentially fast in time, as was oberved for the survival probability of a radioactive nucleus.