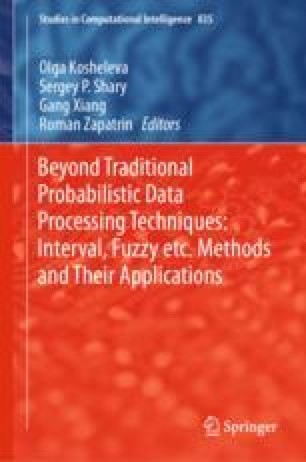 The algorithm of k-fold cross validation is actively used to evaluate and compare machine learning algorithms. However, it has several important deficiencies documented in the literature along with its advantages. The advantages of quick computations are also a source of its major deficiency. It tests only a small fraction of all the possible splits of data, on training and testing data leaving untested many difficult for prediction splits. The associated difficulties include bias in estimated average error rate and its variance, the large variance of the estimated average error, and possible irrelevance of the estimated average error to the problem of the user. The goal of this paper is improving the cross validation approach using the combined visual and analytical means in a hybrid setting. The visual means include both the point-to-point mapping and a new point–to-graph mapping of the n-D data to 2-D data known as General Line Coordinates. The analytical means involve the adaptation of the Shannon function to obtain the worst case error estimate. The method is illustrated by classification tasks with simulated and real data.

This algorithm uses the property that cos(arccos k) = k for k ∈ [−1, 1], i.e., projection of vectors xi to axis U will be kixi and with consecutive location of vectors xi, the projection from the end of the last vector xn gives a sum k1x1 + k2x2 + ⋯ + knxn on axis U. It does not include kn+1. To add kn+1, it is sufficient to shift the start point of x1 on axis U (in Fig. 7) by kn+1. Alternatively, for the visual classification task kn+1 can be omitted by subtracting kn+1 from the threshold.

which is equivalent to the optimization criterion used in the linear perceptron] and Neural Networks in general. In contrast, the Logistic Regression minimizes the Log-likelihood. Fisher Linear Discrimination Analysis maximizes the ratio of between-class to within-class scatter. The Linear SVM algorithm searches for a hyperplane with a large margin of classification, using the regularization and the quadratic programming.

For the practical, GLC-AL uses a simple random search algorithm that starts from a randomly generated set of coefficients ki, computes the accuracy A for this set, then generates another set of coefficients ki again randomly, computes A for this set, and repeats this process m times. This is Step 1 of the algorithm shown below. A user runs the process m times more if it is not satisfactory.

These 70–30% splits are selected by using the permutation of data. The splitting process is as follows:

This splitting process also can be used for a 90–10% split, or other splits.