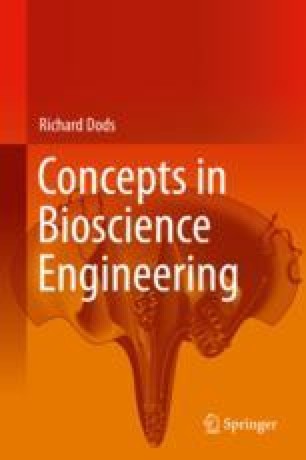 This chapter (Protein folding software) presents large pools of folded structures as determined by X-ray diffraction crystallography. The amino acid sequences for which three-dimensional structure has been ascertained are used to align the amino acid sequences in other proteins and determine their three-dimensional structures. The known structures are compiled in protein libraries such as the Proton Data Bank (PDB) and SWISS-PROT database. BLAST is a computer program that searches the data bank of proteins that have known structure and aligns the amino acid sequences in similar proteins. The efficacy of programs that determine the structure from known structures are assessed by CASP. The above type of analysis is called homology modeling. Protein threading is also described in this chapter. Ab initio modeling is used when there are few or no proteins for the comparison of protein structures. Transition state theory, similar to the transition state as used in organic/inorganic chemistry, is explained. Molecular dynamics, a powerful tool used for the investigation of protein folding, is described. Also Monte Carlo Simulations and Markov State Models are discussed in this chapter. We further explore amino acids and their involvement in α-helical and β-pleated sheets. Β-barrel proteins using hyperboloid computer programs are described. Other computer programs such as QUARK, I-TASSER, Modeller, Amber, and the Hidden Markov Model are also explained.

are amino acid pairs that are a least 8 Å apart.

program assesses a new procedure for the determination of the folding of a protein.

refers to a molecule binding to a protein

contains a Markov chain in which the state of the system is only partially observable.

is the alignment of an amino acid sequence with a known three-dimensional structure (template) with a protein of unknown structure (target) protein.

is a surface generated by rotating a hyperbola around the principal axes of the surface.

describes a sequence of events in which the probability of each event is dependent on the previous history of that event.

is a computer simulation method for the study of the movement of proteins during a fixed time.

is a random probability that is calculated to give a number that is characterized by its standard deviation. For example, 20 ± 2 means that the mean for this parameter is 20 but could range from 18 to 22. There is no single MC methodology.

includes HHpred a server for protein homologous detection and structure prediction. HHpred is based on HHsearch and HHblits.

are defined as the regular arrangement of β-pleated chains surrounding a central pore.