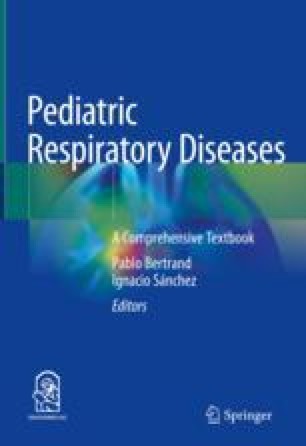 Viruses and bacteria are the main agents that cause respiratory infections in the pediatric population, although, in some circumstances, any pathogenic agent may cause disease. Diagnosis of several pathogens has improved recently. There have been major advances in microbiological diagnosis, particularly in viral detection.

A few years ago, it was possible to diagnose a viral infection only on the basis of clinical and epidemiological information about the patient, without going beyond that. Among the large group of viral infections, there are many types of viruses with distinct behavior, and they produce distinct clinical scenarios, affect different age groups in different ways, and require different types of treatment. The capacity to establish a correlation between the different types of viral agents and their clinical manifestations has been possible only through techniques that allow identification of a particular virus.

There have been major advances in the last decade in this respect, and new techniques have emerged that have greater sensitivity to detect a viral causal agent within a wider viral spectrum that we can identify.

Today, the epidemiology of viral respiratory infections is changing with the identification of new agents that help us to better understand this large group of “viral infections.”

The oldest method used to diagnose respiratory viruses is the viral culture—a cumbersome method that requires laboratories with special characteristics and highly trained staff. Added to this is the cost of identification of each virus, which greatly limits the possibility of more universal diagnosis. The method is used almost exclusively for research.

An improvement on viral culture is the accelerated culture or viral shell technique appeared, which involves forcing the entry of a sample of a respiratory virus into culture cell lines. However, instead of having to wait for the appearance of cytopathic effects, the presence of the virus can be confirmed by marking of viral replication proteins with fluorescence, which can be seen with immunofluorescence microscopy. This technique allows study of the most common respiratory viruses such as respiratory syncytial virus (RSV), influenza A and B, adenovirus, and parainfluenza 1–3. The method still requires cultures in cell lines and therefore has the same disadvantages as viral culture. Moreover, this method cannot provide results in less than 48 hours.

The technique of using antibodies marked with fluorescence, directed against different antigens of respiratory viruses, is known as direct or indirect immunofluorescence (DIF or IIF) and does not require culturing. It has vastly broadened the possibility of diagnosing viral agents in patients with symptoms that suggest a viral infection (Fig. 14.1). This technique provides a response in less than 24 hours and can simultaneously identify several respiratory viruses. The identification of several respiratory viruses is called a viral panel, which is available in commercial kits that include adenovirus, influenza A and B, parainfluenza 1–3, RSV, and metapneumovirus. The method has good sensitivity and specificity. The sensitivity varies between age groups (being best in subjects under 5 years of age) and between different viruses. The lowest sensitivity is related to adenovirus and is independent of the age of the patient. The sensitivity is higher for the influenza and RSV viruses. In the best scenario, only around 30% of patients who consult a physician because of respiratory symptoms remain without an etiological diagnosis after the application of this method.

Rapid immunochromatographic tests, which can identify the presence of viral antigens directly from patients’ samples, also represent an important tool for diagnosing respiratory viruses. They have the advantage of providing results within 2 hours, but their sensitivity to detect viruses is still lower than that of immunofluorescence, and their performance depends on the age of the patient and on the type of respiratory virus. Another disadvantage is that they cover a smaller spectrum of viruses—basically just influenza A and B, RSV, and adenovirus. An immunochromatographic test is a blind test in which the quality of the sample cannot be assessed, because of which it is not possible to determine whether a negative result is valid or due to a scarcity of mucosal epithelial cells in the sample. Another problem with this technique is that it can detect only the specified virus rather than a wide spectrum of respiratory viruses. The ability to identify a spectrum of viruses is particularly important for use in children under 5 years of age, in whom the correlation between the clinical syndrome and the virological diagnosis is inadequate, especially with regard to flu symptoms and the influenza virus status.

In recent years, there have been significant advances in the development of molecular biological techniques in the field of virological diagnosis—in particular, the use of polymerase chain reaction (PCR) (Fig. 14.2). This technique amplifies the nucleic acids in respiratory viruses in a sample from a patient with a respiratory infection. Molecular panels have been developed that are comparable to immunofluorescence panels and can identify several respiratory viruses in a single sample. Their advantage over immunofluorescence is that a wider spectrum of respiratory viruses can be identified, including new viruses such as enterovirus, rhinovirus, coronavirus, and bocavirus. This technique is also more sensitive than the others. Distinct sensitivity levels have been described for different respiratory viruses, and the sensitivity for RSV, influenza virus, and metapneumovirus in the pediatric population is over 95%. The sensitivity is somewhat lower for parainfluenza and influenza B, at 90%, while for adenovirus it does not exceed 85% and in the majority of studies is between 75% and 80%. These sensitivity rates are notably better than those achieved by immunofluorescence for viruses such as influenza B and adenovirus.
A study at the Infectology and Molecular Virology Laboratory of the Pontificia Universidad Católica compared the performance of a DIF respiratory virus panel with that of a PCR molecular panel. The viral diagnostic yield of DIF was 35.1%, based on 6743 samples, versus 46.9% for PCR, based on 1792 samples (Table 14.1). As it can be seen in the table, the molecular technique has better performance than DIF, and this is consistent with the results of other laboratory studies. The PCR technique also has higher sensitivity (88%) with 98% specificity, while the sensitivity and specificity of the DIF technique are both around 70%. Another important aspect that can be appreciated in the table is the performance and sensitivity of the methods in different age groups. The sensitivity of both techniques clearly decreases in persons over 15 years of age and becomes progressively lower with age. This could be due to factors such as later medical consultation and less viral excretion in adults, with consequently lower viral loads in their samples.
Table 14.1

Given the wider spectrum of studied viruses, PCR allows identification of respiratory viruses that traditionally have not been diagnosed, such as rhinovirus, coronavirus, bocavirus, and enterovirus. While these viruses are known as causal agents of respiratory infections, it was long thought that their pathogenic role was limited to infections of the upper respiratory tract and other trivial infections. However, the known spectrum of clinical manifestations that these viruses produce has broadened with the appearance of techniques capable of diagnosing them, and it is now possible to understand their frequency, their seasonality, and their pathogenic role in mild or severe infections.

Several clinical studies have shown that rhinovirus is prevalent in all age groups, and it has been identified with greater frequency in some series. The sensitivity and specificity of PCR to identify rhinovirus are 100% and 98%, respectively. This virus has been described as the most prevalent one in pediatric populations and as the second most frequent cause of hospitalization of children under 2 years of age with wheezing.

Two problems with the molecular technique are its cost and the need for a specialized laboratory. However, given its aforementioned characteristics, PCR should be the technique of choice for use in hospitalized patients, adults, and patients with immunodeficiency. Achievement of a rapid and certain diagnosis with good sensitivity is fundamental in these patients to determine the most appropriate therapeutic strategies, particularly for viruses that require specific therapy, such as influenza.

Diagnosis of bacterial infections of the respiratory system has also made advances in recent years with the incorporation of techniques to reach rapid and precise diagnoses. Until some years ago, microbiological diagnosis was based mainly on phenotypical characteristics and application of a battery of biochemical tests. Automated methods for applying biochemical tests were then developed, which provided more precision in the identification of bacteria. Now a new method has been introduced that has been used for many years in research laboratories—namely, proteomic or mass spectrometry, in which bacterial protein profiles are identified by their distinct characteristics, on the basis of which the genus and species can be determined rapidly.

This microbiological technique has been developed for a system called MALDI-TOF (matrix-assisted laser desorption/ionization time-of-flight) mass spectrometry, which basically consists of four stages: recovery of a colony under study previously isolated from the culture, running of the mass spectrometry, comparison with databases, and presentation of the results. Once the sample has been prepared, identification takes less than 2 minutes. The results have been very promising for the identification of Gram-negative bacilli such as enterobacteria and nonfermenting Gram-negative bacilli. The incorporation of new protein profiles into the databases has led to more than 94% correct identification of Stenotrophomonas and HACEK group bacteria. This technique is also highly sensitive for traditional Gram-positive coccaceae such as Staphylococcus, Enterococcus, and Streptococcus. The protein profile of Streptococcus pneumoniae is very similar to that of streptococci of the viridian group, because of which this method is really only useful for identifying Streptococcus species. The percentage of diagnosis of Gram-positive bacilli is only about 85%.

Diagnosis of atypical bacteria (which are termed “atypical” because of the difficulty in cultivating them in commonly used media) such as Legionella pneumophila, Chlamydia pneumoniae, and Mycoplasma pneumoniae is based on determination of immunoglobulin M antibodies for Mycoplasma and Chlamydia, and determination of urinary antigens in the case of Legionella species. The PCR method is also used to search for these agents and forms part of the expanded panel of many laboratories.

Mycobacteria can be identified by different diagnostic methods. Firstly, there is staining applied directly to a respiratory sample, using Ziehl–Neelsen stain, which gives bacilli an intense pink color. Mycobacteria can grow in solid or liquid culture media, and the characteristics of the colonies and the growth velocity indicate whether or not they are tubercular complex bacteria. The culture methods used to identify Mycobacterium tuberculosis can take up to 60 days. Molecular methods such as PCR have been of great help for identifying nontubercular mycobacterial species, allowing rapid diagnosis of tubercular complex bacteria with a high degree of sensitivity. The application of mass spectrometry (MALDI-TOF) results in a high percentage of identification, although an additional preparatory step for mycobacteria is to create the necessary conditions for the cellular wall. There is a 97% identification rate when the mycobacteria are grown in a solid medium and a 77% rate when they are grown in a liquid medium.

Yeasts and filamentous fungi should be etiologically suspected in gravely ill patients and patients with immunosuppression. Like bacteria, fungi can be identified by staining samples of respiratory secretions. Gram stain is used for yeasts but not for filamentous fungi. Because of thus, in the case of a suspected fungal infection, the most useful option is calcofluor-white stain, which bonds with the chitin of the fungal walls and can be observed by use of immunofluorescence microscopy (Fig. 14.3). Fungal species grow in special culture media and can be identified by the characteristics of the colony and the types of hypha and conidia. There is no universal PCR that allows diagnosis of all types of fungi with a short diagnostic time and a high level of sensitivity. There are indirect methods, such as identification of antigens in the cell walls of Aspergillus (galactomannan) in blood or respiratory samples, or polysaccharides from yeasts and fungi (β-D glucan) in blood. These methods are not widely available, and they have not been well standardized for application in children, as in the case of β-D glucan.