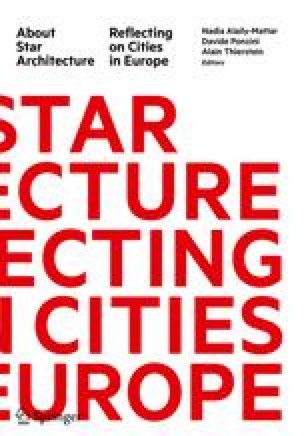 The Challenges of Star Architecture in Historic Cities: The Case of the Acropolis Museum in Athens

The Acropolis Museum in Athens illustrates the difficulties in reconciling the desire of star architecture projects to stand out from and the need to integrate the existing historic urban fabric. This “premium” museum was expected to firmly establish Athens among international cultural urban destinations, yet it faced significant frictions in its landing within a complex urban landscape, under the sacred rock of the Acropolis. The long-standing controversy broke out again in the summer of 2007 when this iconic building demanded the “sacrifice” of several surrounding neoclassical and Art Deco buildings in order to be fully visible. Inaugurated in 2009, the building designed by America-based Swiss architect Bernard Tschumi was indeed intended to be iconic, branded and highly visible. Based on a comprehensive overview of the press and several interviews with stakeholders, this chapter shows how political, economic or cultural goals are continually negotiable between the various actors involved in the process of star architecture making.

In 1978, Article 1 of the General Urban Planning by-law, as amended, specified that the buildings located at Nos. 17, 19, 21, 23, 29, 33, 35, 37 and 39 Dionysiou Areopagitou Street were “to be preserved” and called for the restitution of their original architectural character. At this time, the measure clearly aimed to preserve the entire façade of Dionysiou Areopagitou Street.

In 1987, the Central Archaeological Council expropriated for demolition the buildings on block 440 in which the New Acropolis Museum was to be built, with the exception of Nos. 17 and 19, which constituted an architectural ensemble that had to be preserved.

In 1991, the Ministry of Culture published the results of the international architectural competition for the construction of the new museum. In the programme, it confirmed the listing of “three buildings to be preserved”. The architects selected by the 1989 competition also claimed to have chosen the site under the Acropolis, rather than one of the other two alternatives, because “being surrounded by the urban fabric, the new museum will not affect the cityscape”.

In 1992 [Official Gazette (FEK) 124D 7.2.92], 27 buildings on block 440 were considered to be expropriated for demolition as part of the future construction of the Acropolis Museum.

In 1996, the General Urban Planning Code was amended to define the location of the construction of the new museum “with the exception of the part where buildings Nos. 17 and 19 are located” (7.6.96).

In 2003, the building located at No. 15, significant and representative of 1930s architecture, was demolished because it was not listed as “to be preserved”. To the reactions of the deputies, architects, journalists and writers, the Minister of Culture, at the time of the ruling Socialist government, argued that, in return, the buildings at Nos. 17 and 19 would be preserved.

In 2003, the law “on the preparation of the Olympic Games” settled the issue of the construction of the museum. It replaced the building permit for the future museum. The buildings listed as “to be preserved” were not included in the pre-emptions and are visible in the drawings and models of all of the published results of the new architectural competition. Authorization was given for the museum to be five metres higher than the legal height (which, because of the sloping nature of the ground, meant that the museum was 11 m higher than the buildings on Chatzichristou Street bordering the site to the south), so that it would emerge above the buildings “to be preserved” on Dionysiou Areopagitou Street and ensure “a visual connection between the exhibited artefacts and the rock of the Acropolis”.

In 2004, the Council of State considered that “any intervention likely to negatively affect the space around ancient monuments or to devalue them is not legal. In particular, with regard to the Acropolis monuments, prominent elements of World Heritage, this constitutional protection not only confers upon them the primary importance of their immediate surrounding area, but also of the entire Athens region, so that it is not possible for other elements to dominate them by their size, their height, their volume, etc. Consequently, the controversial construction of the museum, with a height varying from 15.30 to 28.50 m and a volume almost five times greater than the Parthenon itself, located at a distance of a mere 370 m from the southern slope of the sacred hill, represents an obvious obstruction to the prominent place of the monuments and, for the same reasons, constitutes an unauthorized intervention in the space necessary for showcasing them”.

Cite this chapter as:
Gravari-Barbas M. (2020) The Challenges of Star Architecture in Historic Cities: The Case of the Acropolis Museum in Athens. In: Alaily-Mattar N., Ponzini D., Thierstein A. (eds) About Star Architecture. Springer, Cham