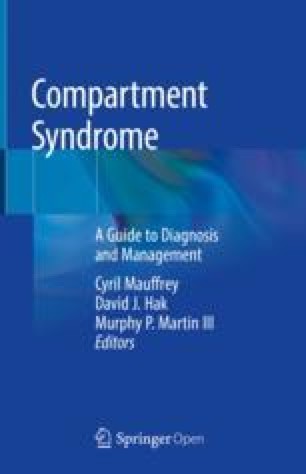 The objectives of this chapter are as follows:

These are a few specific terms to keep in mind when discussing malpractice [8]:
Five factors must be present for a malpractice claim to be ruled in favor of the plaintiff:

The number of malpractice claims filed per year has continued to rise steadily in Canada, United States, and England [9, 10]. Additionally, significant increases in the sizes of indemnity payments have led to an increased need for malpractice insurance for physicians. One UK hospital found an approximately £40 million increase in payments for negligence between 2006 and 2007 [9].

The increasing number and size of claims has led to increased cost for malpractice insurance which, in turn, has created cyclic crises in the medical field. The United States has faced three serious malpractice crises in the last 50 years [11]. In the 1970s, a crisis availability occurred as an exodus of malpractice insurers became rampant due to the growing numbers of payments. In the 1980s, there was a crisis of affordability as the malpractice insurers increased premiums making them too expensive for some physicians. In the early 2000s, there was a crisis of affordability and availability caused by the departure of several major insurers, leading physicians to turn to prohibitively expensive state-sponsored Joint Underwriting Associations as a last resort. It has been hypothesized that this most recent crisis was caused in part by increased payments, increased frequency of claims, aggressive trial lawyers, and changing public perceptions of medicine in which patients expect perfection [11].

All of these factors have altered the way physicians are treating patients. A survey assessment of orthopedic surgeons showed that 96% of orthopedic surgeons practice defensive medicine by ordering imaging, lab test, and referrals or even admitting patients to the hospital to avoid the risk of a malpractice. Additionally, they reported that approximately 24% of all their tests were ordered as defensive measures and resulted in nearly $2 billion annually [12].

A comparison of the cost between orthopedic trauma surgeons and other subspecialties showed that orthopedic trauma surgeons utilize resources for defensive purposes slightly less than their counterparts (20.3% vs 23%). This comparison still resulted in nearly $7800 per month and $256.3 million per year. Additionally, it was noted that nearly 70% of physicians actually reduced the number of high-risk patients that they accepted into their practice over the last 5 years [13]. It is in this complex climate that we must assess the medicolegal implications compartment syndrome.

Understanding the plaintiffs in these cases is just as critical as understanding the defendants. New York (24.5%) and California (18%) were the locations with the majority of the compartment syndrome claims with Michigan (9.4%) a distant third [5]. Between 20% and 27% of compartment syndrome claims were in pediatric patients, and 27–38% of the claims were in female patients [5, 7, 14]. Men aged 11–30 years old were the highest group of patients presenting with acute compartment syndrome [15]. For patients undergoing elective surgeries, they included total hip/knee arthroplasty, osteotomies, bypass grafts, fistula, abdominal aortic aneurysm repair, skin traction, plastic surgeries, and even “transsexual surgeries.” Due to small sample sizes, the frequencies of each were not assessed.

The signs and symptoms present in the plaintiffs were examined in many of these studies. Between 55% and 68% patients in the cases presented with severe pain as the primary symptom of compartment syndrome [7, 14]. Paresthesias, numbness, or increased compartment tension to palpation were the second common presenting symptoms. Surprisingly, only one study noted the frequency with which compartment pressures were measured, and the frequency was only 25% in their study [7, 14]. Other presenting symptoms included the other cardinal signs of compartment syndrome (e.g., pallor, poikilothermia, paralysis, pulselessness, and pain with passive stretch), but these were less frequently noted [7, 14].

Delays in diagnosis (87%) and in treatment (36.7%) were the most common causes of acute compartment syndrome claims [5, 7, 14, 15]. This is understandable considering the difficulty in establishing a diagnosis of compartment syndrome. Often, physicians are reluctant to perform compartment pressure measurements due to the level of discomfort they cause to patients. Additionally, the patient’s pain may be attributed to postsurgical or post-injury-related pain rather than compartment syndrome. Medications may be utilized to control the pain, leading to masking of the symptoms. Patients who had documented signs such as paresthesias or pain with passive stretch without further investigation were more likely to win the trial or participate in a settled case. Failure to investigate phone calls from patients or disregarding patient complaints without further investigation (poor physician-patient communication) more likely results in ruling for the plaintiff [7]. The studies demonstrated mixed results regarding the impact of patient sex, age, and level of disability with the ruling of the claims and that will be discussed below with the indemnity payments. Based on their report, Bhattacharyya et al. concluded that a fasciotomy within 8 hours of presentation and early action once physical findings are documented could prevent a malpractice claim [7].

The plaintiffs were successful in 56–77% of the claims in the studies examined [5, 7, 14, 15] with 27–56% of the claims resulting in a settlement rather than trial [5, 7]. Depasse et al. reported that 68% of trials were won by the defendant, and the Bhattacharyya study reported that the defendant was successful in all three cases that went to trial [5, 7]. Marchesi found that 72% of the damages were due to the physician’s actions or inaction [14]. Interestingly, the post procedure compartment syndrome was more commonly ruled in favor of the plaintiffs compared to traumatic compartment syndrome where the sequelae were thought to be due to the injuries themselves rather than the physicians. Depasse et al. reported that cases with pediatric plaintiffs were more likely to be settled out of court and that judges were more likely to rule in favor of pediatric plaintiffs than adult plaintiffs. Additionally, they also demonstrated that judges were more likely to rule in favor of female plaintiffs than male plaintiffs. There was no sex or age-related differences in indemnity payments in the studies [5].

The sequela and medicolegal ramifications of missed compartment syndrome are severe. Training institutions in particular face unique difficulties with the implementation of the 80-hour work week. Limitations in staffing necessitate an increased number of patient handoffs which can lead to poor physician communication, lack of care coordination and continuity, and an increased likelihood of missed diagnoses [2]. As noted above, delay in diagnosis and delay in intervention are the most common causes of malpractice claims in acute compartment syndrome cases. Developing a systematic approach to patient care is critical to avoiding malpractice claims, indemnity payments, and poor patient outcomes. Garner et al. described an algorithm for care of patients at risk for compartment syndrome which we review below [2].

The first step in the care of these patients is recognizing who are at high risk for development of compartment syndrome, most commonly victims of trauma (tibia fractures, supracondylar humerus fractures, and crush injuries). It is also essential to recognize that patients outside of these categories may also develop compartment syndrome (vascular bypass, IV infiltration, elective procedures and plastic surgery). These high-risk patients should be assessed by the oncoming team and the outgoing team together to compare the examination findings and medication administration record. Careful communication pre- and postoperatively should be performed with the patients regarding the signs and risks of compartment syndrome. Patients or their families should be informed of the sequelae of a missed compartment syndrome as well as the clinical course of those patients diagnosed and treated for compartment syndrome. In particular, the limb-saving nature of fasciotomies for this condition should be emphasized. This communication is critical for the patient to have appropriate expectations regarding the condition, the necessity of treatment, and the possible need for additional interventions.

Patients should be assessed closely for increasing analgesic requirements and any of the cardinal signs or symptoms of compartment syndrome with worsening pain aggravated by passive muscle stretch being the essential sign [16]. Increasing medication requirements may be the only sign of a nascent compartment syndrome in young children or patients who have difficulties in communicating. Paresthesias and severe pain should be investigated fully by opening splints/dressings and close monitoring for any improvement or changes. After discussing with senior staffing, there should be a low threshold for compartment pressure measurements in any patient displaying any of the cardinal signs. While palpation of compartments is the most commonly reported aspect of the exam, it has been shown to have a very poor correlation with a true diagnosis of compartment syndrome with reported sensitivities as low as 24% [17].

Patients should be examined by the same medical professional every 2–4 hours until the combined pass-on examination between staff members. Care must be taken in obtunded patients or patients who have undergone regional analgesia or neuraxial block pre or post procedure as the symptoms may be masked. The threshold for compartment measurements should be even lower in these patients. However, while intra-compartmental pressures have a high estimated sensitivity and specificity, it is still possible to have both false-positive and false-negative results, and so the patient’s clinical presentation should be heavily considered. Though fasciotomies can be morbid procedures, many consider the significant sequelae of untreated compartment syndrome to be worse. As such, surgeons can expect that up to 3–4% of clinically concerning patients undergoing fasciotomies may not ultimately have a true compartment syndrome so as to be certain that no cases are ever missed [18].