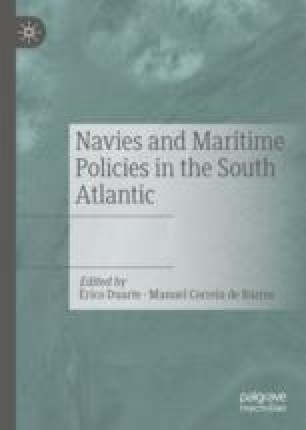 The chapter analyses current factors that influence the security environment in the South Atlantic from a Brazilian perspective, focusing not only on ‘hard’ (or state-centred) threats, but also on ‘soft’ threats derived from actors at the sub-national level such as piracy, drug-trafficking, and other forms of transnational crime. In contrast with the widespread perception that recent oil and gas discoveries in the region have led to a fundamental change in Brazil’s approach towards security in the South Atlantic, the authors underline that preservation of peace and stability in the region has been a long-standing strategic objective from the point of view of the country’s foreign and defence policies.

Rui Barbosa (‘The ocean imposes duties’. All other quotes from texts originally written in other languages were translated by the authors into English, for the convenience of the reader.)