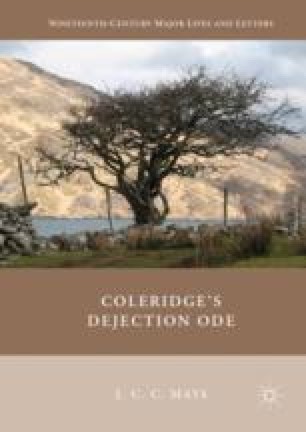 It is wise to remember that Dejection Ode has been interpreted in different ways at different times. From the beginning and throughout most of the nineteenth century, it was seen as Coleridge’s sad farewell to poetry. At the end of the century and during the earlier part of the twentieth, it provided a reference point for interpreting Coleridge’s ideas of beauty and the Imagination. In the later part of the twentieth century, following the discovery of the Letter to Sara and down to the present time, the Letter became integral to thinking about the Ode and is sometimes now preferred as the best text. Versions of the Ode appear in prose fiction, film and as a shoujo-anime visual novel, alongside and independent of the scholarly commentary.