Political and Economic Transition in Russia 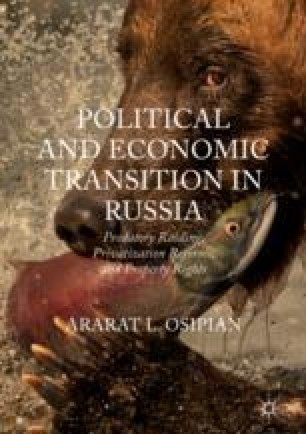 Political and Economic Transition in Russia pp 189-194 | Cite as

Contrary to the assurances of the ruling political regime about a significant decline in predatory raiding, numerous media reports on hostile takeovers point to the opposite. In both Moscow and Russia’s numerous regions, raiding activities related to large corporations and small businesses are reported regularly. In addition, there are plenty of reports on raiding public property and personal property. Both federal and municipal properties become targets of predatory raiders. Furthermore, corruption as a fundamental base for predatory raiding continues to flourish throughout Russia, including its largest and most developed cities and most distant regions and provinces. Even official reports indicate a steady rise in the size of the average bribe in Russia, year after year. It becomes obvious that only a dramatic reduction in corruption can put an end to predatory raiding, but such a change is highly unlikely in the foreseeable future.