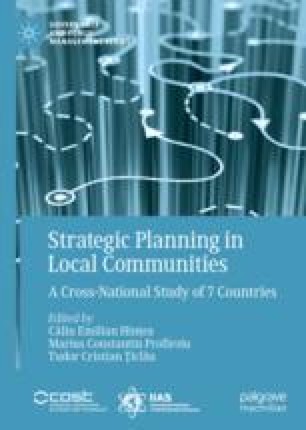 Strategic Planning in US Municipalities

Strategic planning started in the US as a corporate planning endeavor. By the 1960s, it had become a major corporate management tool in the Fortune 500. At first it was seen as a way of interweaving policies, values, and purposes with management, resources, and market information in a way that held the organization together. By the 1950s, the concept was simplified somewhat to focus on strengths, weaknesses, opportunities, and threats (SWOT)-type analyses as a way of keeping the corporation afloat in a more turbulent world.

The public sector has been under pressure to become more efficient, effective, and responsive. Many have felt that the adoption of business practices would help to accomplish those goals. One tool borrowed from business has been strategic planning.

At the local government level, strategic planning became popular starting in the 1980s, and a community’s planning office was sometimes called on to lead the endeavor. Urban planning offices had been doing long-range plans for decades, but, with accelerating urban change, they felt the need for an action-oriented response. Urban planning in the US has been less architectural design and physical urban development-oriented than its European counterpart.

This chapter describes this history and process in the state of Michigan in the US. A survey was conducted. The results of the survey and two detailed case studies are presented. The conclusion is that strategic planning is defined in multiple ways. Inconsistency in the definition and application of strategic planning prevails across the state. While planning efforts generally “work,” the state could probably benefit from a more consistent and effective linkage between long-range and short-range planning, management, and implementation efforts.