The Brazilian Left in the 21st Century 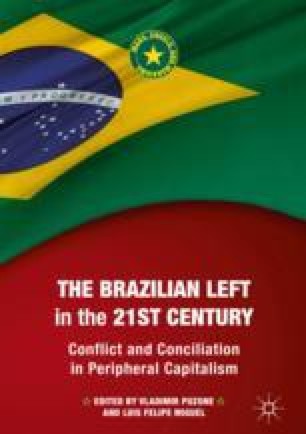 Democracy and the Left in Contemporary Brazil

The chapter discusses the relationship between the Brazilian left and democracy, based on a chronology that takes place, in a simplified way, as follows:

Cite this chapter as:
Miguel L.F. (2019) Democracy and the Left in Contemporary Brazil. In: Puzone V., Miguel L. (eds) The Brazilian Left in the 21st Century. Marx, Engels, and Marxisms. Palgrave Macmillan, Cham