Recent Advances in Geo-Environmental Engineering, Geomechanics and Geotechnics, and Geohazards 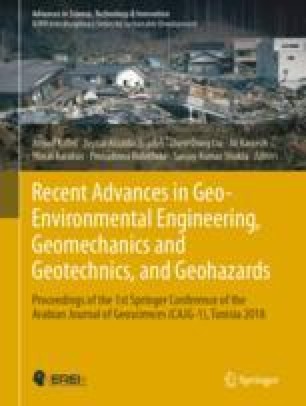 The Lusail Plaza project CP7B is one of the mega infrastructure projects in the state of Qatar, located in the center of the new Lusail City north of Doha, straight on the coast line. Achieving the project required the construction of an open pit excavation with variable depths between 10 and 30 m. The construction of the cut slopes revealed a limestone member RUS formation underlain by a Simsima Limestone layer at a depth of about 12 m below ground level. The RUS formation consisted of chalky limestone mixed with clay. During the site construction, several local failures were observed in the RUS formation. In this paper, the failure behavior of cut slopes in the RUS formation was evaluated.