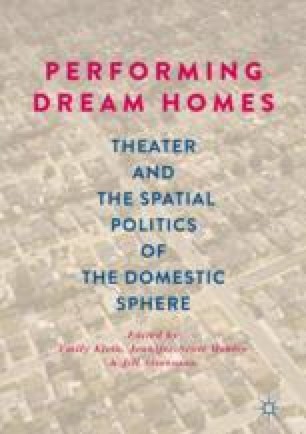 Pitching Home: Medicine Shows and the Performance of the Domestic in Southern Appalachia

Exploring questions of identity, commerce, and domestic labor, Bringardner’s chapter argues that medicine shows crafted explicit performances of domesticity that strategically couched their product pitches in the language of home. In doing so, these shows actively constructed an idealized vision of the family house as a tactic to woo potential consumers. However, Bringardner also demonstrates how audiences asserted agency, constructing and reconstructing their own identities as Southern and Appalachian through active participation in these shows. Whether choosing to become a purchaser or to remain a passive spectator, the individual participated in changing ideas of what it meant to be Southern and Appalachian, identities that ultimately relied upon specific understandings and dreams of home.