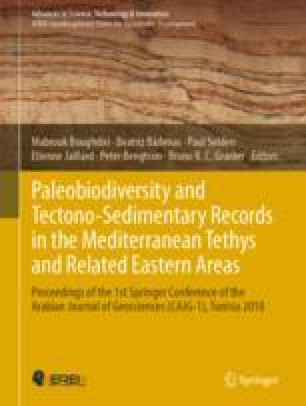 CAJG 2018: Paleobiodiversity and Tectono-Sedimentary Records in the Mediterranean Tethys and Related Eastern Areas pp 279-281 | Cite as

Geologic Origins of the North American Shale-Gas Revolution: Can it Happen Elsewhere?

The “shale-gas revolution” has been a largely North America phenomenon despite efforts to transfer it to other countries with likely gas-shale resources. Understanding how this “revolution” has occurred on North America may be critical in duplicating it elsewhere as in North Africa and the Middle East. North America holds in excess of 30 major shale-gas basins most of which reflect the influence of plate tectonics. From Ordovician to Tertiary, continental-margin orogenies and rifting events were crucial in generating not only large, mostly undeformed, basin repositories for the shales, but also conditions favorable for organic-rich shale deposition. Time and place (paleogeography and paleoclimate) were also important. Developmental factors having to do with culture, population, economics, and technology, along with detailed characterization of the shales and careful planning, can be just as significant as the geologic factors. Hence, the situation in North American reflects more of an evolution of understanding than any kind of revolutionary change. Whether or not a similar alignment of factors, like those that have occurred in North America, can happen elsewhere is uncertain; but thus far, the evidence suggests that it is unlikely.