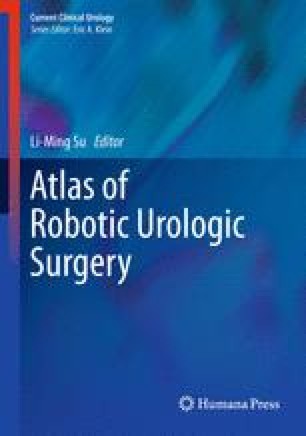 Radical Cystectomy Urinary Diversion Left Ureter Endopelvic Fascia Open Radical Cystectomy
These keywords were added by machine and not by the authors. This process is experimental and the keywords may be updated as the learning algorithm improves.

This chapter contains a video segment which can be found at the URL: http://www.springerimages.com/Su