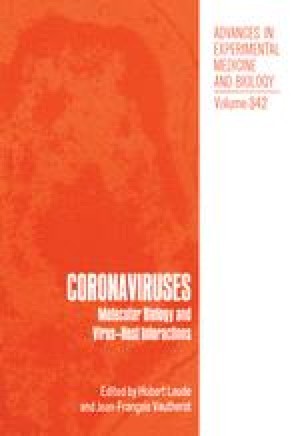 Four-week-old Wistar rats were inoculated with HEV by different routes. Animals died of encephalitis after intraperitoneal (i.p.), subcutaneous (s.c.) and intravenous (i.v.) as well as intracerebral (i.c.) and intranasal (i.n.) inoculation. However when inoculated subcutaneously, rats died a few days earlier than those inoculated i.p. and i.v., suggesting that the virus might be transmitted to the central nervous system (CNS) by the neuronal route rather than by blood stream.

Rats which were inoculated subcutaneously at the site of the neck (group A) began to die on day 4 p.i., a few days earlier than animals inoculated in the foot pad of the right leg (group B). On day 2 and 3 after inoculation, the virus titer in the brain was higher in group A, but group B animals showed higher virus titers in the lumber region of spinal cord than group A animals.

In order to follow the virus spread from the peripheral nerve to the brain, the virus was inoculated into the sciatic nerve of rats. The inoculated rats developed clinical signs on day 4 and began to die on day 6. On day 2, virus was detected in the posterior half of the spinal cord and migrated toward the anterior half and in the brain where it was present on day 3. The highest virus titers in the brain were recorded on day 4 to 6, meanwhile the virus titers in the spinal cord tend to decrease. By immunohistochemical study, antigen positive neurons were found in the spinal cord and brain on day 4. Viral specific antigen was detected in the neurons in the cerebral cortex and mid brain of some animals which had survived viral infection more than 24 days.

Spinal Cord Sciatic Nerve Persistent Infection Posterior Half Virus Growth
These keywords were added by machine and not by the authors. This process is experimental and the keywords may be updated as the learning algorithm improves.
Download to read the full chapter text