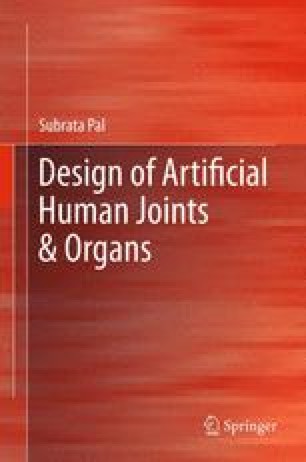 The Lung and Its Transplantation and Artificial Replacement

The human thoracic cavity houses a pair of lungs, the left lung and the right lung. The left lung is slightly smaller (since the heart is placed a bit to the left in the body) and has two lobes, and the right lung is bigger, with three lobes. They are spongy and elastic organs that are broad at the bottom and taper at the top. They consist of air sacs, the alveoli. Many alveoli group together and open into a common space. From this space arise the alveolar ducts, which join together to form bronchioles. The bronchioles connect them to the respiratory tract. The lungs also have blood vessels, the branches of the pulmonary artery and veins (Fig. 15.1).

Chronic Obstructive Pulmonary Disease Nasal Cavity Idiopathic Pulmonary Fibrosis Acute Respiratory Distress Syndrome Lung Transplant
These keywords were added by machine and not by the authors. This process is experimental and the keywords may be updated as the learning algorithm improves.
Download chapter PDF

The human thoracic cavity houses a pair of lungs, the left lung and the right lung. The left lung is slightly smaller (since the heart is placed a bit to the left in the body) and has two lobes, and the right lung is bigger, with three lobes. They are spongy and elastic organs that are broad at the bottom and taper at the top. They consist of air sacs, the alveoli. Many alveoli group together and open into a common space. From this space arise the alveolar ducts, which join together to form bronchioles. The bronchioles connect them to the respiratory tract. The lungs also have blood vessels, the branches of the pulmonary artery and veins (Fig. 15.1).

Each lung is enclosed by two membranes called the outer and the inner pleural membrane. The membranes enclose a space called the pleural cavity that contains a fluid. The lungs are capable of expanding and contracting since they are elastic organs. Lubrication for their regular movement is provided by the fluid in the pleural cavity.

The chest wall is made up of 12 pairs of ribs and the intercostal muscles that are attached to the ribs. A thick membranous structure, called the diaphragm, is present below the lungs and separates the thoracic cavity from the abdominal cavity.

The pharynx is a common passage to both food and air. This allows more air whenever required and also allows passage of air in case the nose is blocked. The pharynx continues into the glottis.

The larynx is also called the voice box. The vocal cords stretch across the larynx and vibrate when the air passes through them. This vibration produces various sounds.

The coordinated movement of the lips, cheeks, tongue, and jaws produce specific sounds that result in speech. Speech is an ability that only humans are gifted with, and this is one of the characteristics that have put human beings at the top of the evolutionary pyramid.

The larynx is held open with the help of cartilages. The “Adam’s apple” is a prominent cartilage of the larynx. The larynx continues as the trachea after the cords.

Each alveolar duct opens into an alveolar sac. An alveolar sac is the extended region into which a group of alveoli or air sacs open. Each alveolus is a saclike structure lined by a single layer of epithelial cells. It is bound on the outside by a network of capillaries. All the alveoli on one side are enclosed by the membrane called the pleural membrane and constitute a lung. The pulmonary artery from the heart containing impure blood enters the lungs and branches into minute capillaries that surround the alveoli. These capillaries then join together to form the pulmonary vein, which carries the purified blood back to the heart.

The common composition of atmospheric air that we breathe in is

Thus, the air naturally contains nearly 500 times more oxygen than carbon dioxide. This oxygen-rich air is taken in by the nostrils. In the nasal cavity, it is filtered by the fine hairs in the nose. The cavity also has a rich supply of blood vessels that keep the air warm. This air then enters the pharynx, then the larynx, and then into the trachea.

The trachea and the bronchi are lined with ciliated epithelial cells and secretory cells (goblet cells). The secretory cells secrete mucus, which moistens the air as it passes through the respiratory tract, and also trap any fine particles of dust or bacteria that have escaped the hairs of the nasal cavity. The cilia beat with an upward motion such that the foreign particles along with the mucus is sent to the base of the buccal cavity, from where it may be either swallowed or coughed out (Fig. 15.4).

The air from the bronchus then enters the bronchioles and then the alveoli. The alveoli form the respiratory surface in humans.

The human lung is a very important and strong organ that has to withstand a strong and continuous assault stemming from a wide range of environmental conditions and the lifestyle in our modern world, which cause a multitude of diseases and conditions, as outlined here:

Lung transplantation is a surgical procedure to totally or partially replace a patient’s diseased lung with a donor’s lung. While lung transplants carry certain associated risks, they can also extend life expectancy and enhance the quality of life for end-stage pulmonary patients.

Lung transplantation is the therapeutic measure of last resort for patients with end-stage lung disease who have exhausted all other available treatments without improvement. A variety of conditions may make such surgery necessary. As of 2005, the most common reasons for lung transplantation in the United States were the following [1]:

A lobe transplant is a surgery in which part of a living donor’s lung is removed and used to replace part of a recipient’s diseased lung. This procedure usually involves the donation of lobes from two different people, thus replacing a single lung in the recipient. Donors who have been properly screened should be able to maintain a normal quality of life despite the reduction in lung volume.

Many patients can be helped by the transplantation of a single healthy lung. The donated lung typically comes from a donor who has been pronounced brain-dead.

Certain patients may require both lungs to be replaced. This is especially the case for people with cystic fibrosis, due to the bacterial colonization commonly found within such patients’ lungs; if only one lung were transplanted, bacteria in the native lung could potentially infect the newly transplanted organ.

Some respiratory patients may also have severe cardiac disease that itself would necessitate a heart transplant. These patients can be treated by a surgery in which both lungs and the heart are replaced by organs from a donor or donors. First performed in 1987, this type of transplant typically involves the transplantation of a heart and lungs into a recipient. Prior to operating on the recipient, the transplant surgeon inspects the donor lung(s) for signs of damage or disease. If the lung or lungs are approved, then the recipient is connected to an intervenous line and various monitoring equipment, including pulse oximetry. The patient will be given general anesthesia, and a machine ventilator will breathe for the patient. The donors are usually road accident victims whose organs can be transplanted within 5–6 h of death. There are a large number of patients who are waiting for such transplantation from donors.

Potkey of VAMC Cleveland, Ohio (2009), recently developed one model of artificial lungs. He indicated more than 35 million Americans are living with chronic lung disease; it is responsible for nearly 350,000 deaths every year in the United States alone [1]. Acute respiratory distress syndrome has a mortality rate of 50% and affects 1.50 lakh Americans each year [2]. Many patients waiting for lung transplants die while on the waiting list. To help combat these problems, artificial lungs have been developed with the goal of replacing or supplementing the respiratory function of the lung. Artificial lungs mimic the function of real lungs, adding oxygen to, and removing carbon dioxide from, the blood. In all cases, however, the performance of artificial lungs is still significantly lower than that of natural lungs. The human lung is a remarkable organ, providing a maximum gas exchange rate for both O2 and CO2 of 2–6 l/min [3]. On the other hand, current artificial lungs are only capable of a maximum gas exchange rate of 0.25–0.40 l/min, limiting their use to the short-term respiratory support for patients at rest. This insufficiency is due to the smaller surface area, smaller surface-area-to-volume ratio, and greater membrane thickness of artificial lungs compared to the human lung [3].

Recent advances in the micromachining of silicone elastomer (PDMS) have made possible the creation of a new highly efficient artificial lung (Fig. 15.6) with feature sizes similar to or better than those of the human lung. Such a micromachined artificial lung would have an improved gas exchange performance compared to its conventional counterparts, potentially resulting in increased clinical use.

Silicone has been used as the membrane material in some commercially available artificial lungs due to its biocompatibility, durability, stability, and high permeability to oxygen and carbon dioxide. However, these devices have limited gas-exchange capability mainly due to the membrane’s thickness (>50 μm). A significant advantage of silicone membranes is that blood plasma leakage does not occur as it does in microporous hollow fiber oxygenators [3]. In fact, hollow fiber oxygenators are sometimes coated with a thin layer of silicone in order to reduce plasma leakage and increase the device lifetime. Due to these advantages, silicone was utilized as the membrane material in this study (Fig. 15.7).

Cite this chapter as:
Pal S. (2014) The Lung and Its Transplantation and Artificial Replacement. In: Design of Artificial Human Joints & Organs. Springer, Boston, MA