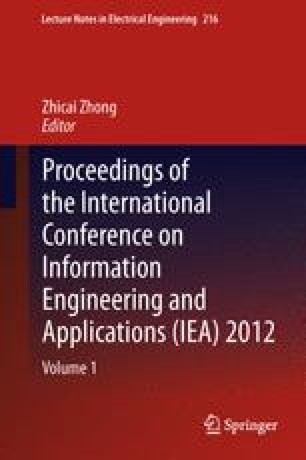 In recent years, a lot of large-scale public emergencies frequently occurred in China, such as the crises of SARS in 2003, the poison gas leak of Chongqing and the water pollution of Songhua River in 2005, the Avian Influenza, the south snow disaster in the beginning of 2008 [1], the Wenchuan Earthquake, the influenza A virus subtype H1N1 in 2008, and so on, which resulted in gigantic loses. The emergency logistics system is a special logistic action in order to provide the emergency supplies to the incidents.

Kem ball-Cook and Stephenson [2] first proposed the importance of logistics management when transporting relief materials in order to improve transport efficiency. Eldessouki [3] studied the emergency supplies distribution problems for the objective of minimizing transportation costs under different constraint conditions. Dai and Da [4] presented the model of multiresource emergency problem according to the characteristics of multiresource and multigarage problem and obtained the solution by citing the concept of continuous feasible and using the results of single resource problem. Liu and He [5] studied the emergency supplies scheduling problems with multigarage on the constraint condition of material requirement. According to the characteristics of consecutive emergency, an emergency model aiming at minimizing the succor nodes was established respectively under the precondition of best emergency in response to times and the restriction periods. Kejun and Wang[6] classified the burst events in the process of logistics and distribution as three categories: the effect on the state of goods, vehicles and the state of the road status raised the static, dynamic, and the functional model based on burst events. Zhang et al. [7] proposed a multiobjective multiperiod emergency logistics model to deal with Split-delivery Vehicle Routing Problem (SDVRP), and aimed to minimize the unsatisfied demand, total delivery time and supply unbalance among demanders. Chen et al. [8] considered the repair of the destroyed roadways from the view of transformation between material relief and the delay of logistics distribution, and gets the best solution according to the purpose of the decision maker through roadway network and vehicle routing combinative optimization.

As a result, there are material flows or vehicle flows between the two layers, but nodes at the same level have nothing to do with one another. On one hand, because there need large quantities emergency supplies after burst disaster, it is the same with general business logistics which often combine with small quantities. On the other hand, it reflects the characteristic that the emergency logistics distribution is oriented by the demand of disaster sites, which aims at meeting the need of the disaster sites and shortens the distribution time as soon as possible in order to cut down the losses of affected areas and the vehicle running costs. Vehicles can be used continuously in the whole distribution system, namely, they flow repeatedly between the second layer and third layer until all disaster sites meet their needs.

Based on the analysis of emergency logistics distribution system, we make the following definitions and descriptions about the emergency relief supplies transport network model:

There are several emergency commodity supply nodes and demand nodes, the supply and demand quantities at each node have known beforehand, and the overall supplies is greater than or equal the overall demands.

There is more than one garage, each garage may have several types of vehicles, all the vehicles are sufficient for emergency logistics distribution and each vehicle has a serial number to mark it.

Vehicle only load one kind emergency material each task.

Each disaster site can be served by several vehicles.

Vehicles need not return to starting node (garage) immediately after finishing a distribution assignment but wait at the disaster site for next order.

Nodes at the same level have nothing to do with one another and there are neither vehicle flows nor material flows.

The Push Forward Insertion Heuristic (PFIH) has been frequently used by many researchers with this purpose [9]. In this paper, a modified PFIH is applied. The total randomized choice is used to define the first customer to be inserted in each new route. That is necessary to produce distinguished individuals in the first GA generation. After the first customer has been randomly selected, the second one will be the one with the minimal insertion cost. Each feasible customer position in the route in construction is evaluated. A new route is created only if no more customer feasible insertions are possible.

Crossover means the reorganization and exchange of two parents, aiming at generating a new individual with higher adaptation degree value. Common methods of crossover are single point, two point, and uniform crossover [11]. This algorithm uses the single point, arithmetical, and heuristic crossover. Its overall crossing number proportion is 3:4:3. Thereby, it retains the male excellent genes and greatly increases the population average performance in the evolutionary process.

Mutation means randomly changing of the value of gene at any position, its aim is to improve the local search capabilities and maintain the diversity of groups and prevent premature. The probability of change named mutation probability. Common methods of mutation are basic position, reverse, and uniform mutation [12]. This algorithm takes the uniform, combined boundary, and nonuniform mutation, and the total variation percentage in the number is 3:3:4. This can prevent excellent genes in variability being damaged, but also introduce a new gene for the population on the local optimal solutions.

Assume that a disaster burst in a certain place, and four nodes need emergency supplies, which are marked as J 1, J 2, J 3, J 4. A large part of emergency supplies have arrived at the local airport and railway station by air and train, added with a local storehouse amounts to three emergency commodity supply nodes, which are noted as I 1, I 2, I 3. The ministry of civil affairs can recruit totally 20 vehicles which are distributed randomly in three garages marked as K 1, K 2, K 3. There are four kinds of emergency supplies: tents, quilts, drinking water, and food, marked as G 1, G 2, G 3, and G 4, Tables 45.1, 45.2, 45.3, 45.4, 45.5 provide some relevant information.
Table 45.1

The initial population is 20, crossover probability is 0.75, mutation probability is 0.1, and the max generation is 500. Using the improved genetic algorithm, as shown in Table 45.6, the shortest time is 15.27 h in emergency logistics distribution.
Table 45.3

Demand quantities in every disaster site

Supply quantities in every reserve node

The distance between every node

This paper discussed the characteristics of rescue emergency logistics when disaster bursts, designed the system structure of emergency logistic distribution, and established an optimization model, with an aim to minimize the total vehicle running time. Then, an improved genetic algorithm is designed to solve the model, and a numerical example is presented to show the effectiveness and feasibility of this algorithm. As a result, the model and its algorithm are suitable for solving logistic distribution optimization under practical large-scale emergency logistics.

This paper is supported by the Science and technology research projects in Chongqing Commission of Education (No. KJ100611).