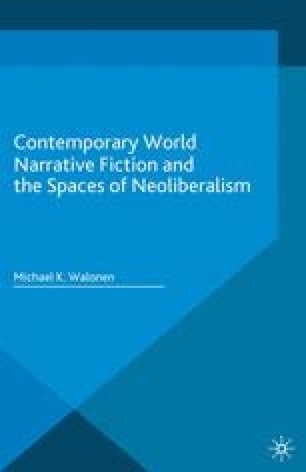 Sense of Place, Consumer Capitalism, and the Sexual Politics of Global Nomadism in the Popular Fiction of Dubai

As David Harvey argues, the ‘practical strategy’ whereby neoliberalism comes to transform the operations of everyday life consists of construing freedom in terms of ‘consumer choice, not only with respect to particular products but also with respect to lifestyles, modes of expression, and a wide range of cultural practices,’ in effect creating a ‘market-based populist culture of differentiated consumerism and individual libertarianism’ (42). In other words, through an omnipresent spread of commodity fetishism of the kind Guy Debord saw in his Society of the Spectacle as emergent in the immediate postwar decades, creating a society in which identities have devolved into lifestyle choices taken up through consumer behavior, directing the process of identification away from organic social collectivities towards more solipsistic atomized forms of market-based action. As a result of this, Harvey further notes, instant gratification and ‘short-term’ temporal arrangement have come to be prized over permanence and commitment, contributing to the hyper-sexualization of neoliberal culture — the blame for which conservatives are so apt to glibly place on ‘the liberal media’ or even postmodernism (166). While the liberation from traditional mores governing sexuality, in and of itself, may be highly desirable, when it is tied to a socio-economic system that erodes social solidarities in a way that produces profound states of alienation and sharply hinders collectivization, it becomes problematic.

Conspicuous Consumption Sexual Politics Popular Fiction Commodity Fetishism Consumer Capitalism
These keywords were added by machine and not by the authors. This process is experimental and the keywords may be updated as the learning algorithm improves.
This is a preview of subscription content, log in to check access.

Cite this chapter as:
Walonen M.K. (2016) Sense of Place, Consumer Capitalism, and the Sexual Politics of Global Nomadism in the Popular Fiction of Dubai. In: Contemporary World Narrative Fiction and the Spaces of Neoliberalism. New Comparisons in World Literature. Palgrave Macmillan, London. https://doi.org/10.1007/978-1-137-54955-6_6