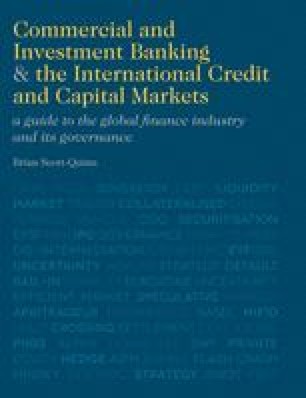 Clearing and Settlement of Securities Transactions

The previous chapters covered trading. However, a trade is nothing more than a contract made between two parties. The contract confirms that the parties have agreed on the price at which a particular asset will be exchanged for cash. However, a well-known aphorism in the market is that ‘a trade is not a trade until it is settled’. Clearing and settlement — the post-trade processes — are critical to trading and have become a much greater focus of attention within Europe for investment banks, employment in the investment banking industry, regulators, academics and trade bodies relative to the front-end (trading) of the industry since 2000. Much of this attention has been due to the fact that costs on the trading side had, by that time, already been reduced substantially over the previous decade, while posttrade costs (particularly in cross-border trades in Europe) had not.

Cite this chapter as:
Scott-Quinn B. (2012) Clearing and Settlement of Securities Transactions. In: Commercial and Investment Banking and the International Credit and Capital Markets. Palgrave Macmillan, London