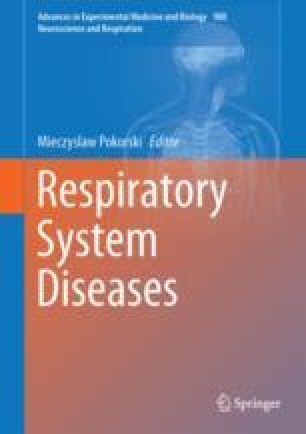 The Sentinel System as the Main Influenza Surveillance Tool

Poland has implemented the influenza surveillance system called Sentinel as of 2004. The system consists of both epidemiological and virological surveillance. It is an important tool for monitoring the situation in the entire country, coordinated by the National Influenza Center situated at the National Institute of Public Health-National Institute of Hygiene (NIPH-NIH) in Warsaw, Poland. In the 2015/2016 epidemic season, more than 1600 samples were tested in the Sentinel System, of which 38.6% were positive. The samples were evaluated in seven age-groups: 0–4, 5–9, 10–14, 15–25, 26–44, 45–64, and over 65 years of age. Significant differences were reported in the number of confirmed cases of infection caused by influenza and influenza-like viruses, depending on the age-group. The highest number of confirmed cases of infections was reported for the age range of 26–44 years, accounting for 30% of the total. In each age-group, the presence of infection caused by influenza-like viruses, collectively accounting for only 3.8% of all positive tests, was also confirmed. Weekly reports generated by the Sentinel System enable to determine and control a current influenza activity in the country, which is of essential importance in case of the emergence of a new strain with a pandemic potential.

Over decades, the world has been attacked by many pandemics. The greatest havoc in the twentieth century was brought about by Spanish influenza, caused by the virus subtype A/H1N1/, which took place in the years 1918/1919. According to the latest data, it caused about 50 million deaths and large economic losses (WHO 2004). For this reason, the WHO launched an international influenza surveillance system in 1947. It served to observe changes in the structure of the influenza virus and to rapidly detect newly formed virus variants (Życińska and Brydak 2007). In 2011, the network of surveillance has evolved to be coordinated by the WHO Global Influenza Surveillance and Response System (GISRS) (Bednarska et al. 2016a, b).

The best proof of the importance of the preparation of virological and epidemiological reports are those drawn up in 1997 in the National Influenza Center in Hong Kong after the emergence of the avian influenza virus A/H5N1/ (Highly Pathogenic Avian Influenza – HPAI) (Brydak 2008). Thanks to the reports it was possible to react quickly and focus on preventing the spread of the virus. A quick reaction was essential because according to the latest WHO estimates, 60% of infections caused by this subtype are fatal (Brydak 2014). In 2003, the National Center of Influenza in Rotterdam identified a different dangerous subtype of the HPAI determined as A/H7N7/ (Elbers et al. 2004), which reaffirms the notion of the influenza virus constantly undergoing modifications. In view of this unpredictability and the virus spread in the world, National Influenza Centers have been created in many countries. By 2008, 122 such centers were in operation throughout the world (Brydak 2008). Currently, there are 142 National Influenza Centers that act as reference centers in different countries. In Poland, this center is placed at the National Institute of Public Health-National Institute of Hygiene (NIPH-NIH). Apart from the GISRS, surveillance of influenza activity in Europe also is conducted by the European Influenza Surveillance Network (EISN), which is overseen by the European Center for Disease Control and Prevention (ECDC). The EISN conducts both epidemiological and virological surveillance. Data on the situation in European countries are gathered in the platform of the European Surveillance System (TESS) that issues weekly reports assessing the current status of influenza spread in Europe (Bednarska et al. 2016a, b).

The Sentinel System of epidemiological and virological surveillance is in place in Poland. The initiation of the system was made possible after fulfilling the international requirements imposed by the European Influenza Surveillance Scheme (EISS) (Brydak 2008). Sentinel works in cooperation with general practitioners and 16 Voivodeship (province) Sanitary Epidemiological Stations (VSES) present. This enables a continuous observation of virological and epidemiological situation in the country (Romanowska and Brydak 2007). Family doctors, who make up at least 1% of all doctors, are obliged to collect clinical samples from patients and to report on the epidemiological situation in a given area (Woźniak-Kosek and Brydak 2013). The samples are then sent to the VSES where diagnostic tests are performed using biomolecular methods to confirm the presence of influenza and influenza-like viruses.

As of the 2013/2014 epidemic season, influenza surveillance has been modified by expanding the age-group stratification for recording infections with influenza and influenza-like viruses, which improves the clarity of results (Bednarska et al. 2016a, b). The results are sent weekly by representatives of VSES, enabling to report by the National Influenza Center to the GISRS and EISN networks. From the data collected, epidemiological reports are generated, posted every week on the website of the National Institute of Public Health-National Institute of Hygiene. The National Influenza Center, acting as a reference place, is responsible for controlling the performance of VSES by random checks to confirm the positive results of samples obtained from the VSES.

The goal of the present study was to investigate the efficacy of epidemiological data elaboration in the Sentinel System with regard to the 2015/2016 influenza epidemic season in Poland.

The study was approved by an institutional Ethics Committee and it was conducted in accordance with the Declaration of Helsinki for Human Research. In the 2015/2016 epidemic season, 1625 samples acquired by the country 16 VSES were tested in the Sentinel System. The clinical material was derived from swabs taken from the nose and throat. The results were evaluated in the following age-groups: 0–4, 5–9, 10–14, 15–25, 26–44, 45–64, and >65 years of age.

RNA isolation was carried out using the Maxwell 16 Viral Total Nucleic Acid Purification Kit (Promega Corporation; Madison, WI) according to the manufacturer’s instructions. The samples were suspended in physiological saline. The final volume of the sample after elution was 50 μl.

The real-time reverse transcription (rRT) polymerase chain reaction (PCR) was performed using a Light Thermocycler 2.0 System (Roche Diagnostics; Rotkreuz, Switzerland). The final reaction volume in the capillaries was 20 μl; 5 μl of which was the previously isolated RNA. Primers and probes necessary to carry out the reaction were obtained through the Influenza Reagent Resource (IRR) program from the US Center for Disease Control (CDC). The reaction mixture consisted of bovine serum albumin (BSA) buffer, MgSO4, RNase free water, and a SuperScript III/Platinum Taq Mix (Invitrogen Life Technologies-Thermo Fisher Scientific; Carlsbad, CA). Viruses included in the vaccine for the 2015/2016 epidemic season were the following: A/California/7/2009(H1N1)pdm09 and A/Switzerland/9715293/2013, and B/Phuket/3073/2013 functioned as a positive control. The negative control was RNase free water provided in the kit. Before the amplification process, in order to obtain cDNA, the RNA was subjected to reverse transcription (30 min 50 °C). The resulting DNA was subjected to a process of initiation (1 cycle 95 °C for 2 min), followed by 45 cycles of amplification: denaturation at 95 °C for 15 s, annealing at 55 °C for 30 s, and elongation at 72 °C for 20 s.

In the 2015/2016 epidemic season, 1625 tests were run in the Sentinel System, out of which 627 (38.6%) samples confirmed the presence of influenza and influenza-like viruses (Table 1). Infections caused only by influenza virus were present in 603 cases (37.1%). Influenza virus type A and B were the equally predominant contagions, accounting for 50.6% and 49.4% of infections, respectively. Concerning the influenza A virus, the predominant subtype was A/H1N1/pdm09, which accounted for 44.1% of all infections. There was only one case (0.2%) of the presence of subtype A/H3N2/, and 6.3% of influenza A cases remained unsubtyped.
Table 1

Samples tested in the Sentinel System stratified by Poland’s provinces

The Sentinel System is an important part of virological and epidemiological surveillance. Thanks to the data reported from VSES to the National Influenza Center of the National Institute of Public Health-National Institute of Hygiene (NIPH-NIH 2016), it is possible to determine the type of influenza and influenza-like viruses currently circulating in the population. That is essential for the proper selection of vaccine strains for the epidemic season and also provides information on the emergence of new viral subtypes and on antigenic changes in the circulating strains; all of which helps prevent the development of a pandemic.

Primary care doctors are the foremost participants of epidemiological surveillance. They are obliged to record cases of infections. The number of participating doctors ranges from 1 to 5% of all country physicians each season. The 2015/2016 season considered in the present study involved 524 primary care physicians; the number was comparable with those in previous seasons (Table 4). It is worth emphasizing that doctors work pro publico bono as they do not receive compensation for participation in surveillance.
Table 4

The Sentinel System confirmed 627 cases of infections caused by influenza viruses in the 2015/2016 epidemic season. This figure is almost 2.7-fold greater than the 2014/2015 result and 3.5-fold greater than 2013/2014 result (Table 4). That speaks for an extremely good and continuously increasing efficiency of the surveillance system in Poland, with passing years.

The present findings also underscore the possibility of regional variability in the influenza virus subtype. Type B virus predominated in western Poland whereas type A/H1N1/pdm09 did in eastern Poland (Table 3). This situation also was reflected in the results obtained in neighboring countries. On the western side, in Germany, type B virus predominated, whereas on the eastern side, in Ukraine, subtype A/H1N1/pdm09 predominated (FluNews Europe 2016), which is explicable by a readily spread of the virus across borders.

This work was funded in part by the NIPH-NIH thematic grant 5/EM.1. The authors would like to acknowledge physicians and employees of VSESs participating in sentinel and non-sentinel programs for their input into the influenza surveillance in Poland.