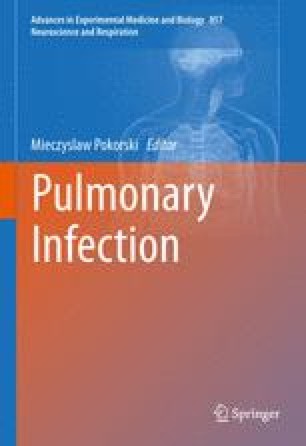 Infections caused by respiratory viruses can have different clinical symptoms, while specific set of symptoms can be induced by different viruses. Despite usually mild course of disease, some viruses causing certain disease entity can result in serious complications. Therefore, quick and appropriate diagnostic is crucial for administering proper treatment. In the epidemic season 2013/2014, 2,497 specimens were tested. Infections caused by influenza viruses were confirmed in 9.8 %, while infections caused by influenza-like viruses (ILI) in 13.2 %. The co-domination of A/H1N1/pdm09 (29.4 %) with A/H3N2/ (30.6 %) was observed among circulating subtypes of influenza virus type A. Analysis of positive specimens categorized into 7 age groups indicated that most of morbidity to influenza was noted in the age intervals: 26–44 (22.9 %) and 45–64 years old (21.6 %). Considering infections caused by influenza-like viruses, the highest amount of positive cases was registered in the age group 0–4 years old (92.7 %) with the highest ratio of RSV (87.9 %) and PIV-3 (10.5 %). Judging by the epidemiological and virological indicators, the 2013/14 influenza season was mild and only low virus activity was reported in Poland as well as in most European countries. Still, 9,000 hospitalizations and 17 deaths were registered in Poland during this epidemic season.

Respiratory tract infections consist one of the major health problem of society, because they lead to high rates of hospitalizations, morbidity, and mortality. Essential feature of respiratory viruses is their easiness of transmission, especially in places with great density of people (schools, governments, mall centers, and means of public transport) (Brydak 2007). Elder people, children up to 24 months and persons from high risk groups are particularly exposed to respiratory viruses’ infections. The most frequently circulating respiratory viruses are: influenza virus type A and B, respiratory syncytial virus A (RSV-A) and B (RSV-B), parainfluenza viruses 1–3 (PIV-1,-2,-3), human coronavirus (hCoV), adenovirus (ADV), human rhinovirus (hRV), and human metapneumovirus (hMPV). Infections caused by respiratory viruses can have different clinical symptoms, while specific set of symptoms can be induced by different viruses. Despite usually mild course of disease, some viruses causing certain disease entity can result in serious complications. Furthermore, not only viruses can cause particular illness, but also bacteria. Therefore, quick and appropriate diagnostic is crucial for administering proper treatment (Stefańska et al. 2013). What is more, organism attacked by one pathogen has reduced immunity and becomes vulnerable to the subsequent ones. In this way numerous co-infections occur, which can result in death (Brydak 2008, 2011).

In the epidemic season 2013/2014, 2,471 clinical specimens were tested in Poland. Additionally, National Influenza Center (NIC), Department of Influenza Research at National Institute of Public Health – National Institute of Hygiene as a Reference Laboratory in Poland – tested selected specimens from Voivodeship Sanitary Epidemiological Stations (VSES) to verify the results obtained in these labs. Mainly, materials for testing consisted from nasal and throat swabs, while in NIC also bronchus-associated lymphoid fluid (BALF) was tested. The age of the patients ranged from 1 day to 87 years of age. The patients were categorized into 7 age groups: 0–4, 5–9, 10–14, 15–25, 26–44, 45–64, and >65 years of age.

Because RNA virus samples were typed in Voivodeship Sanitary Epidemiological Stations, only subtyping of influenza viruses was achieved. The detection of subtypes was performed by RT-PCR. One-step RT-PCR analysis was performed using Roche Light Cycler 2.0 System. RT-PCR reactions were performed in capillary tubes in 20 μl volumes with 0.5 μM primers and 0.2 μM probe for each reaction. According to WHO recommendations. The primers GRswH1-349Fw, GRswH1-601Rv, GRsw-N1-975Fw, GRswN1-1084Rv, H3h-319Fw, H3h-377Rv, N2h-1150bFw, N2h-1344Rv, and probes GRswH1-538, GRswN1-10465b, H3h-358, N2h1290 were used (WHO 2014). The reaction mixture, containing reaction buffer, MgSO4 buffer, BSA, RNase-free H2O, and SuperScript® III/Platinum® Taq Mix, was incubated with 5 μl RNA sample per capillary tube. RNA from vaccine viruses A/California/7/2009(H1N1)pdm09 and A/Victoria/361/2011(H3N2) were introduced as the positive control sample and RNase-free H2O was utilized as the negative control sample. Before DNA amplification cycles were begun, the RNA templates were reverse transcribed to produce the corresponding cDNA templates during reverse transcription procedure: 45 °C for 15 min. DNA templates were then subjected to an initialization step (1 cycle at 95 °C for 3 min), followed by 50 cycles of amplification: denaturation at 95 °C for 10 s, annealing at 55 °C for 10 s and elongation at 72 °C for 20 s.

Each cDNA preparation was subjected to the RV12 PCR procedure according to the manufacturer’s instructions (Seegene, Seoul, South Korea). Afterward, amplicons were detected by gel electrophoresis.

Verification of results received by VSESs demonstrated complete consistency with the results obtained NIC (Table 3). In NIC, infections caused by influenza viruses comprised 50 % of laboratory confirmed cases and the other 50 % were those caused by influenza-like viruses. In the event of influenza viruses, the predominant subtype was A/H3N2/ (50 %), while A/H1N1/pdm09 made up 18.8 % of confirmations.
Table 3

Selected specimens from VSES that were verified in NIC NIPH-NIH

In every epidemic season, infections caused by influenza virus and influenza-like viruses are registered. In the epidemic season 2013/2014, the highest number of influenza confirmations was registered in the age group 26–44 years old (22.8 %), followed by 45–64 years old (21.6 %), and the lowest percentage was in 10–14 years old (5.3 %). In case of children aged 0–4 years old, an alarming issue is that the percentage of vaccinated children has been remaining at a very low level, namely 0.6–0.9 %, throughout many epidemic seasons. Despite seasonal recommendations of Advisory Committee on Immunization Practices and many other international scientific societies, the percentage of vaccinated children in Poland remains disappointingly low (Epimeld 2014; Epperson et al. 2014; Grohskopf et al. 2014).

Judging by the epidemiological and virological indicators, the epidemic season 2013/14 was mild and only low virus activity was reported in Poland as well as in most European countries. The occurrence of influenza has been delayed in Europe in the epidemic season 2013/2014, with a different timing across European countries. In the first four affected countries (Bulgaria, Greece, Portugal, and Spain), A/H1N1/pdm09 virus dominated. The peak of incidence to influenza and influenza-like infections in Europe occurred in the third week of 2014 (13–19. 01. 2014), whereas in Poland it was in the eleventh week of 2014 (10–16. 03. 2014) (Fig. 1). At the beginning of the season, A/H1N1/pdm09 virus dominated, while in the last weeks of the season, A/H3N2/ virus gained prevalence.

According to the NIPH-NIH information, 9,000 hospitalizations and 17 deaths were registered in Poland in 2013/2014. However, data regarding deaths are definitely underestimated, because only 3.8 % of population was vaccinated against influenza. In Europe, 430 deaths of influenza were noted with the highest number in Spain (ECDC 2014).

We would like to acknowledge physicians and employees of VSESs participating in SENTINEL program for their input into the influenza surveillance in Poland. The project was partially supported by the Ministry of Science and Education (Grant No 2011/01/B/NZ7/06188) and NIPH-NIH funds (8/EM/6K/2013, 8/EM/11K/2014).