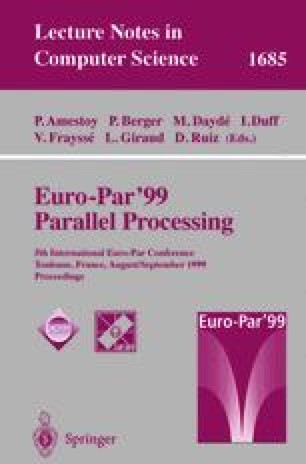 The field of symbolic computation covers a wide range of areas including computer algebra, theorem proving and logic programming. Applications which arise in these areas often lead to extremely large and long computations, so it is natural to look to parallelism as a means to deal with this. However the environments used for symbolic computation are very different from those used for numerical computation, and thus it is not always easy to benefit directly from advances in what might be regarded as main-stream high performance computing. Typically these are interactive systems with their own high-level language, and where many issues which can have a critical impact on performance (such as memory management) are handled automatically. Although attempts have been made to produce parallel versions of such systems these have not been very successful.

In this session we have four papers, each of which addresses some of the issues outlined above. In their paper A Library for Parallel Modular Arithmetic, Bradford & Power outline a design for a library implementing a novel kind of parallel arithmetic. Gautier & Mannhart, in Parallelism in Aldor — the communication library IIitfor parallel, distributed computation, describe an implementation which uses standard message-passing libraries (such as MPI) with an existing symbolic language. Both these systems provide environments in which to implement and experiment with more sophisticated algorithms.

The papers by Calegarion & Dutra (Performance Evaluation of Or-Parallel Logic Programming Systems on Distributed Shared-Memory Architectures) and Matooane & Norman (A Parallel Symbolic Computation Environment: Structures and Mechanics), look in detail at the behaviour of particular symbolic computations on existing hardware. Such detailed work provides valuable insights to those who wish to combine parallelism and symbolic computation.