Understanding the Global Dimensions of Health 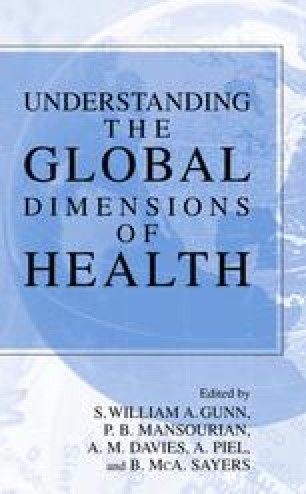 Understanding the Global Dimensions of Health pp 3-14 | Cite as

A Brief History of Advances Toward Health

Three major discoveries determined the health and history of the human species. The first occurred almost a million years ago, when our hominid precursors discovered how to use fire to cook the meat they had hunted. They found that cooked meat tasted better, it didn’t go bad so quickly, and eating it was less likely to make them ill. Our understanding of nutrition, a basic tenet of public health science, and the art of cooking have been improving ever since.

Severe Acute Respiratory Syndrome Yersinia Pestis Scarlet Fever Childbed Fever Rabies Vaccine
These keywords were added by machine and not by the authors. This process is experimental and the keywords may be updated as the learning algorithm improves.
Download to read the full chapter text