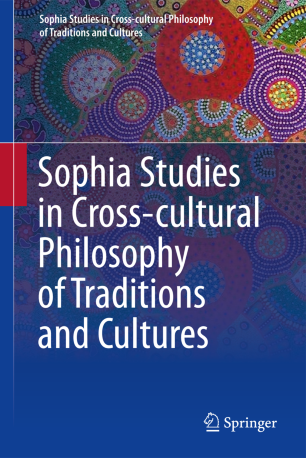 Sophia Studies in Cross-cultural Philosophy of Traditions and Cultures

The Sophia Studies in Cross-cultural Philosophy of Traditions and Cultures focuses on the broader aspects of philosophy and traditional intellectual patterns of religion and cultures. The series encompasses global traditions, and critical treatments that draw from cognate disciplines, inclusive of feminist, postmodern, and postcolonial approaches. By global traditions we mean religions and cultures that go from Asia to the Middle East to Africa and the Americas, including indigenous traditions in places such as Oceania. Of course this does not leave out good and suitable work in Western traditions where the analytical or conceptual treatment engages Continental (European) or Cross-cultural traditions in addition to the Judeo-Christian tradition. The book series invites innovative scholarship that takes up newer challenges and makes original contributions to the field of knowledge in areas that have hitherto not received such dedicated treatment. For example, rather than rehearsing the same old Ontological Argument in the conventional way, the series would be interested in innovative ways of conceiving the erstwhile concerns while also bringing new sets of questions and responses, methodologically also from more imaginative and critical sources of thinking. Work going on in the forefront of the frontiers of science and religion beaconing a well-nuanced philosophical response that may even extend its boundaries beyond the confines of this debate in the West – e.g. from the perspective of the ‘Third World’ and the impact of this interface (or clash) on other cultures, their economy, sociality, and ecological challenges facing them – will be highly valued by readers of this series. All books to be published in this Series will be fully peer-reviewed before final acceptance.