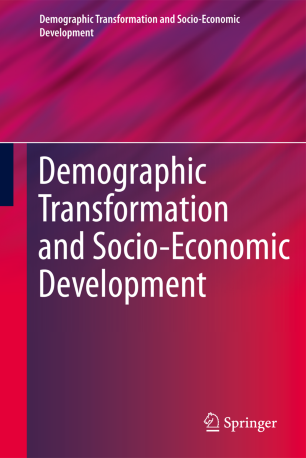 This dynamic series builds on the population and development paradigms of recent decades and provides an authoritative platform for the analysis of empirical results that map new territory in this highly active field. Its constituent volumes are set in the context of unprecedented demographic changes in both the developed—and developing—world, changes that include startling urbanization and rapidly aging populations. Offering unprecedented detail on leading-edge methodologies, as well as the theory underpinning them, the collection will benefit the wider scholarly community with a full reckoning of emerging topics and the creative interplay between them. The series focuses on key contemporary issues that evince a sea-change in the nexus of demographics and economics, eschewing standard ‘populationist’ theories centered on numerical growth in favor of more complex assessments that factor in additional data, for example on epidemiology or the shifting nature of the labor force. It aims to explore the obstacles to economic development that originate in high-growth populations and the disjunction of population change and food security. Where other studies have defined the ‘economy’ more narrowly, this series recognizes the potency of social and cultural influences in shaping development and acknowledges demographic change as a cause, as well as an effect, of broader shifts in society. It is also intended as a forum for methodological and conceptual innovation in analyzing the links between population and development, from finely tuned anthropological studies to global, systemic phenomena such as the ‘demographic dividend’. Reflecting the boundary-blurring rapidity of developing nations’ socio-economic rise, the editors are actively seeking studies relating to this sector, and also to Russia and the former Soviet states. At the same time as addressing their underrepresentation in the literature, the series also recognizes the critical significance of globalization, and will feature material on the developed world and on global migration. It provides everyone from geographers to economists and policy makers with a state-of-the-art appraisal of our understanding of demographics and development.