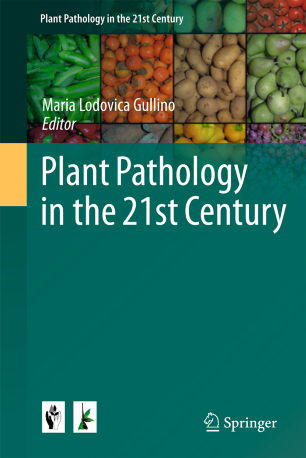 Plant Pathology in the 21st Century

The aim of this Series is to highlight the latest international findings and advances in plant pathology and plant disease management, and plant pathology topic specialist, Congress and Workshop organisers, coordinators of broad International projects are invited to consult with the Series Editor regarding their topic’s potential inclusion in the series.

Under an agreement with Springer, a Book Series based on the invited lectures at the 9th International Congress of Plant Pathology ICPP2008, Plant Pathology in the 21st Century was initiated and four books covering key themes were published. Following on the procedure for the 2008 Congress, three additional volumes in the series were published on themes which were key topics at ICPP2013, held in Beijing, China, while two new books are almost ready from ICPP 2018 held in Boston (SA). Moreover, more books were published in between Congresses, covering up-to-date topics in plant pathology. In light of the initial seven volumes’ success, the ISPP has now concluded an agreement with Springer to broaden the scope of the Series and publish additional volumes.


The goal of the International Society for Plant Pathology (ISPP; www.isppweb.org) is to promote the global advancement of plant pathology and the dissemination of essential information on plant diseases and plant health management. This book Series looks of particular interest due to the upcoming International Year of Plant Health (2020).