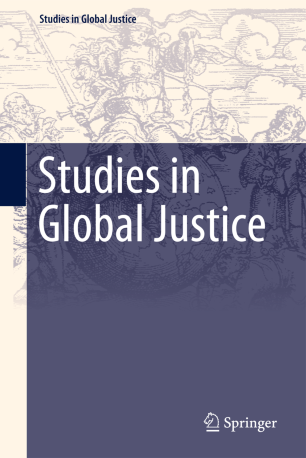 In today’s world, national borders seem irrelevant when it comes to international crime and terrorism. Likewise, human rights, migration, climate change, poverty, inequality, democracy, development, trade, bioethics, hunger, war and peace are all issues of global rather than national justice. The fact that mass demonstrations are organized whenever the world’s governments and politicians gather to discuss such major international issues is testimony to a widespread appeal for justice around the world.

Studies in Global Justice takes up that interdisciplinary perspective. The series brings together outstanding monographs and anthologies that deal with both basic normative theorizing and its institutional applications. The volumes in the series discuss such aspects of global justice as the scope of social justice, the moral significance of borders, global inequality and poverty, the justification and content of human rights, the aims and methods of development, global environmental justice, global bioethics, the global institutional order and the justice of intervention and war.

Volumes in this series will prove of great relevance to researchers, educators and students, as well as politicians, policymakers and government officials.