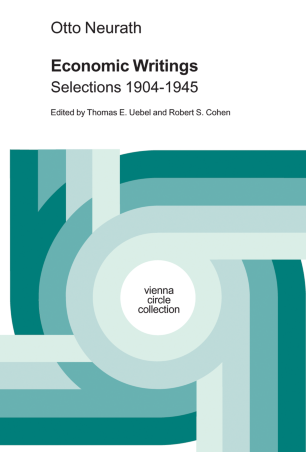 The Vienna Circle was a discussion group of philosophically interested scholars who met weekly from 1925 to 1936 at the University of Vienna. The Circle was formed around the physicist and philosopher, Moritz Schlick, and its members included Carnap, Feigl, Menger, Neurath, Waismann, and others. Reichenbach and Hempel belonged to associated groups and all recognised Mach, Boltzmann and Russell as their precursors.
However, the Circle was not a clique with a rigid organisation, nor had it any conscious aim of radically revising traditional views on the task and place of philosophy. Among the many subjects discussed the Circle were Wittgenstein's Tractatus, the possibility of reducing all concepts of science to what is directly given in experience, the setting-up of a criterion of meaningfulness for non-logical utterances, the character of the basic propositions of empirical science, and the devising of a meta-language for the syntactic analysis of scientific language systems. Because of the great range of activities, the Vienna Circle's influence extended beyond philosophy. Its effects, directly or indirectly, can be seen in all those formal and empirical sciences (arithmetic, physics, geometry, biology and psychology, and the social sciences) whose structure and methodology and the problems of whose foundations were discussed by the Circle.
The group gradually began to break up in the 1930s with many of its members departing for new countries. The ending came with the assassination of Schlick in 1936 by a student, and the German annexation of Austria. The Vienna Circle Collection, as a publishing enterprise, is basically a series of anthologies translated into English of the most important work of individual members. Moreover, the series includes certain work by members of the Circle, or those who had a particular influence on it, which are of special scientific or historical importance. Many of the works are translated into English for the first time and, of those which have been previously published, most are out of print. Some material has remained hitherto unpublished, especially the letters which will be presented in this series.