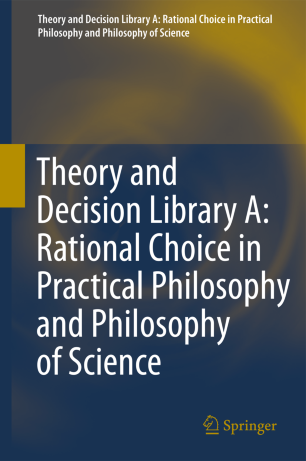 Theory and Decision Library A:

This series deals with practical and social philosophy and also foundational issues in philosophy of science in general that rely on methods broadly based on rational choice. The emphasis in the Series A is on well-argued, thoroughly analytical and philosophical rather than advanced mathematical treatments that use methods from decision theory, game theory and social choice theory. Particular attention is paid to work in practical philosophy broadly conceived, the theory of rationality, issues in collective intentionality, and philosophy of science, especially interdisciplinary approaches to social sciences and economics.