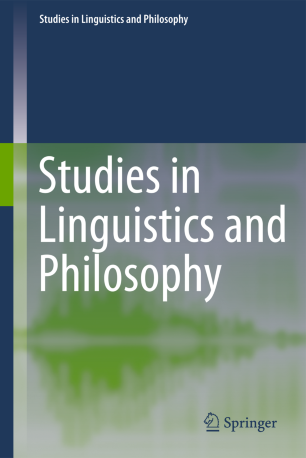 Studies in Linguistics and Philosophy

The SLAP series is dedicated to the study of meaning in natural language, with an emphasis on formal approaches. It thus serves as a forum for research in semantics, philosophy of language, pragmatics and related disciplines. As such, it has played an important role in the development of the field of formal semantics. The series is associated with the journal Linguistics and Philosophy:

SLAP publishes monographs and edited volumes. Proposals could address issues relating to any of the following:

• philosophical theories of meaning, truth, and reference and foundational questions of their scientific study