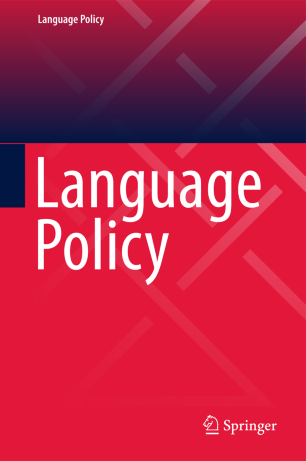 The last half century has witnessed an explosive shift in language diversity not unlike the Biblical story of the Tower of Babel, but involving now a rapid spread of global languages and an associated threat to small languages. The diffusion of global languages, the stampede towards English, the counter-pressures in the form of ethnic efforts to reverse or slow the process, the continued determination of nation-states to assert national identity through language, and, in an opposite direction, the greater tolerance shown to multilingualism and the increasing concern for language rights, all these are working to make the study of the nature and possibilities of language policy and planning a field of swift growth.
The series will publish empirical studies of general language policy or of language education policy, or monographs dealing with the theory and general nature of the field. We welcome detailed accounts of language policy-making - who is involved, what is done, how it develops, why it is attempted. We will publish research dealing with the development of policy under different conditions and the effect of implementation. We will be interested in accounts of policy development by governments and governmental agencies, by large international companies, foundations, and organizations, as well as the efforts of groups attempting to resist or modify governmental policies. We will also consider empirical studies that are relevant to policy of a general nature, e.g. the local effects of the developing European policy of starting language teaching earlier, the numbers of hours of instruction needed to achieve competence, selection and training of language teachers, the language effects of the Internet. Other possible topics include the legal basis for language policy, the role of social identity in policy development, the influence of political ideology on language policy, the role of economic factors, policy as a reflection of social change.
The series is intended for scholars in the field of language policy and others interested in the topic, including sociolinguists, educational and applied linguists, language planners, language educators, sociologists, political scientists, and comparative educationalists.

All proposals and manuscripts submitted to the Series will undergo at least two rounds of external peer review.

This series is indexed in Scopus.